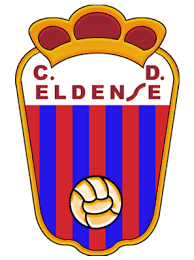 The coach was arrested after his side’s 12-0 defeat by Barcelona’s B team on Saturday.

The News Agency of Nigeria (NAN) reports that Club Deportivo Eldense is a Spanish football team based in Elda, Spain.

However, there is, no indication that Barcelona B team was involved in any wrong doing.

Di Pierro, who joined the club in January, was hired by an unnamed Italian investment group that had since severed ties with the club.

Following the development, the club said it would not play any more matches this season, but later backtracked and confirmed the fixtures would be honoured.

Eldense defender, Emmanuel Mendy said the club’s assistant coach, Fran Ruiz had spoken to him about a plan to fix the game.

“He asked me if I was in and how much I wanted and if I wasn’t in then I wouldn’t play,’’ said Mendy.

Ruiz  said: “in principle, the orders came from above, from the coach.

I didn’t know what to do; I was between a rock and a hard place’’.

“I didn’t say a word in the dugout, I made no substitutions and I didn’t send anyone out to warm up. Then I resigned from the club,’’ he said.

“It is exclusively related to Eldense. Barcelona B has nothing to do with it and is another victim of this racketeering.

“I’m glad that it’s being investigated and is being taken seriously,’’ he said.