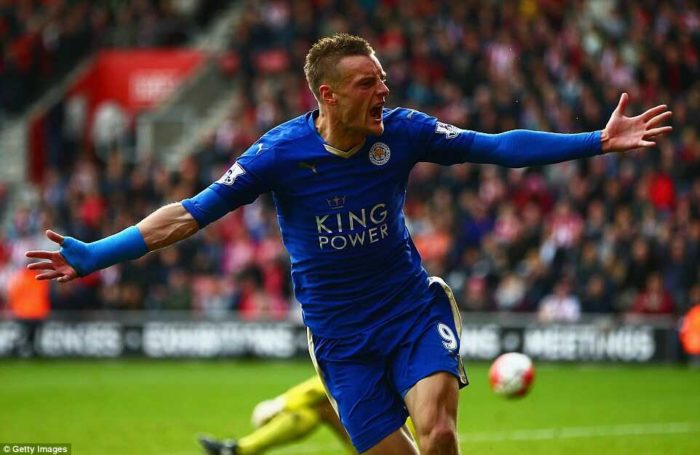 Leicester made it six wins from six under boss Craig Shakespeare as seemingly doomed Sunderland marked the two-month anniversary of their last goal with another defeat.

The Foxes looked below their recent best for the first hour, but Shakespeare’s decision to bring on Marc Albrighton and Islam Slimani was the game-changing moment.

Albrighton then ran from halfway before crossing to Jamie Vardy, who took a touch before firing an unstoppable effort into the top corner.

Sunderland – in the first game since boss David Moyes’ comments that a BBC reporter might “get a slap” were made public – are increasingly looking destined for the Championship.

Without a victory, or a goal, since 4 February, they are eight points adrift of Premier League safety with only eight games left.

Their best chance came 96 seconds before Vardy’s goal when Victor Anichebe’s deflected shot hit the post, with Jermain Defoe smashing the rebound into the side of the net.

Leicester are a team reborn under Claudio Ranieri’s replacement Shakespeare, who became the first British manager to win his first four Premier League games at the weekend. He has extended that record to five.

While beating Sunderland is not as eye-catching as his opening victory over Liverpool, or the win over Sevilla in the Champions League, it took them into the top half of the table – and nine points above the relegation zone.

They were below par in the first half – think Ranieri’s side of earlier this season, rather than the Italian’s title winners of last year. But after the break, more specifically after Shakespeare’s changes, they took control.

Albrighton, returning from an illness, had a hand in both goals – his cross setting up Slimani’s first Leicester goal of 2017.

Vardy’s goal was his fifth in six games under the new manager. He had scored seven all season before that.

In the end it was a comfortable win for the Foxes, who could have won by more after dominating the final hour of the match.