Mel B Alleges Husband Made Her Have Threesomes 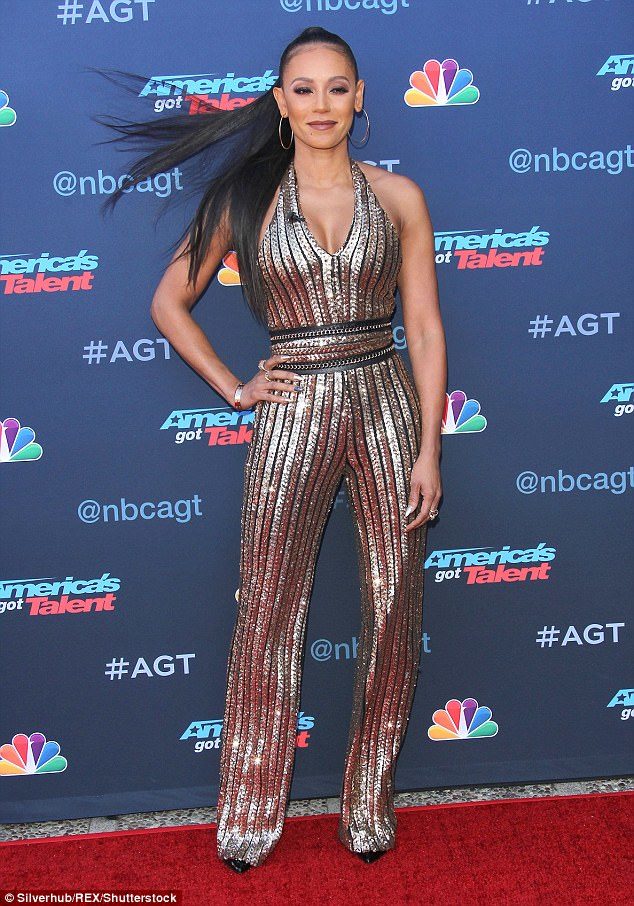 Mel B has obtained a restraining order application against estranged husband Stephen Belafonte, alleging he beat her, got their nanny pregnant and exhorted her to take part in threesomes throughout their ten year marriage.

The 41-year-old former Spice Girl made a string of explosive and disturbing claims in her court declaration which forces Stephen to stay away from her and her three children.

The catalogue of historic allegations of abuse listed by TMZ include Belafonte ‘punching’ and ‘choking’ Mel, ‘splitting her lip’ and ‘pushing her down on a carpet’.

Mel, who filed for divorce from the producer last month, alleges the abuse began the first year of their marriage back in 2007.

According to the U.S. website, Mel claims that ‘Stephen placed both of his hands around her neck, began choking her and slammed her down onto the hardwood floors’ while she was preparing for U.S. talent show Dancing With The Stars.

In the documents, Mel alleges that the abuse became part of a ‘pattern’. When she became successful, Stephen ‘would beat me down to let me know he was in charge.’

She also alleges Belafonte ‘punched her and split her lip’ after becoming jealous while she filmed a segment with Usher for the X Factor back in 2012.

After asking her husband how she could appear on television with the obvious injury, Belafonte allegedly told her ‘she should have thought of that before deciding to flirt with and f*** Usher.’

Furthermore, Belafonte ‘punched’ Mel and ‘pushed her down on a carpet’ the day before she and the Spice Girls performed at the Olympic closing ceremony.

Mel claims her injuries were so severe her skin was burned from the carpet, adding that she was then forced by her estranged husband to ‘tweet that she injured herself by running in heels.’

So ‘overcome with emotional and physical exhaustion,’ an embattled Mel reveals she overdosed on a bottle of Aspirin back in 2014.

Disturbingly, Belafonte allegedly stopped her from calling the emergency services, with Mel stating he locked her in the bedroom and told her to ‘die b****.’

Along with allegations of continued violence, Mel says Stephen got their nanny pregnant and even suggested ‘all three of us live together’ with the new baby.

Although the nanny allegedly eventually had an abortion ‘she was paid $300,000’ according to the filing.

And amid recent claims by Belafonte’s brother Jeremiah that the couple had an ‘open and loose relationship,’ Mel states that Stephen made her ‘participate in sexual intercourse with him and random women.’

Worse still, having secretly recorded the trysts, Mel says he threatened to release the sex tapes ‘if she tried to resist the threesomes’ according to the papers.

Mel says she had previously tried to leave him but ‘he threatened me with violence and threatened to destroy my life in every possible way… destroy my career and take my kids from me.’

Meanwhile, days after Stephen’s home was searched for firearms, Mel’s court filing suggests he does keep a gun at home despite being prohibited from carrying a firearm due to a prior domestic violence conviction.

Stephen denied his estranged wife’s claims, telling TMZ on camera: ‘I haven’t heard these allegations. You know what my comment on this is, as this is the mother of my children? I’m really really distraught my brain how this is going to affect our children. and the depths that she’s gone to. That’s it. I’m shocked at those allegations and that’s what it is.

‘I think someone’s set me up to look like a bad guy. Obviously you saw my house got raided and nobody found anything. It’s accusation after accusation. But we’ll have our day in court.

‘And we have children. if anyone knows our children, we have beautiful children. They’re on social media. Why do this?

‘We were friends two weeks ago. And now all of a sudden the team gets around and now it’s got to be this.’
TMZ report that the judge also ordered Belafonte to leave the family’s Hollywood Hills mansion and he reportedly packed some of his things up on Monday afternoon.

Along with being a mother to five-year-old Madison with Belafonte, Mel also has daughter Phoenix Chi, 18, by her first husband Jimmy Gulzar and nine-year-old daughter Angel with movie star Eddie Murphy.

A friend of the 40-year-old former ‘It girl’ alleged that she enjoyed a steamy tryst with the couple, both 41.

The friend of Lady Victoria told The Sun: ‘It was all a blur and everyone was very drunk, especially Lady Victoria.

‘She told me one minute they were laying in bed watching a movie together, then they got carried away and Stephen was on top of her and Mel was kissing her.

‘Next thing she can remember they all woke up naked in bed in the morning.’

Then there was a saucy snap posted by Belafonte last year which showed a man fondling one woman’s thigh, while his head rested on another’s stomach, beside her hand clad with fake nails and a dazzling ring.

Belafonte tagged Mel in the photo, which was first posted by Kim Kardashian, teasing fans that he and the Spice Girl were involved. DailyMail Reports.

The reappearance of the photo came in light of claims from his brother Jeremiah that the couple had an ‘open and loose’ relationship.