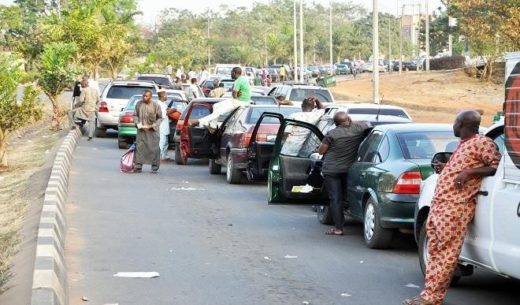 Fuel Marketers in Kano are yet to reopen filling stations despite the suspension of the strike embarked upon by Petroleum Tanker Drivers on Monday.

Most of the filling stations in the metropolis had remained closed since the union announced plan to go on strike.

Following the closure of the stations, black marketers had started exploiting the situation by jerking up their prices.

Other marketers, especially those who operate outside the state capital, had increased the pump price from N145 per litre to between N150 and N155 per litre.

A resident, Mr Ted Odogwu, said he had to go to AA Rano filling station along Airport Road before he could get the product on Tuesday.

He said that before now most of the filling stations were selling the commodity without any queue.

“But today I had to join the queue before I bought the commodity for my car at the filling station.“

When contacted, the Public Relations officer, Department of Petroleum Resources (DPR), Mr Paul Jezhi said he was attending a meeting.

The chairman, Independent Petroleum Marketers Association of Nigeria (IPMAN), Alhaji Bashir Dan-Malam, also promised to call back, which he failed to.

The drivers had on Monday announced suspension of the strike following government’s promise to look into their demands.