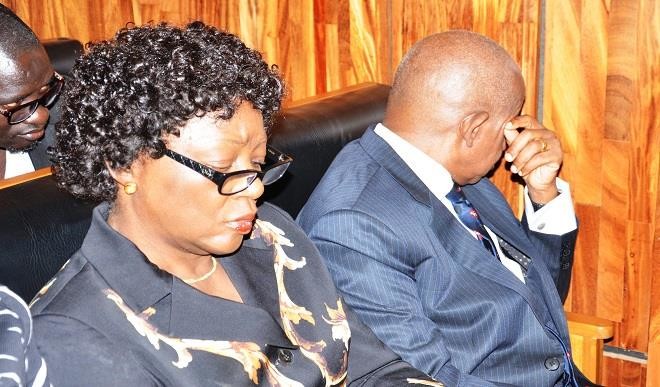 No need to be ashamed again. You have been vindicated. Justice Ademola and his wife, Olabowale, in court

No need to be ashamed again. You have been vindicated. Justice Ademola and his wife, Olabowale, in court[/caption

They were arraigned by the Federal Government on charges bordering on criminal conspiracy to receive gratification in various ways, contrary to Section 8(1)(a) of the Independent Corrupt Practices and other Related Offences Act 2000.

Okeke in his ruling on the no-case submission of the defendants, held that the prosecution did not adduce enough evidence to warrant the defendants to enter defence.

He said that the prosecution did not establish a prima facie case against the defendants.

He held that no iota of evidence to proof that the defendants were guilty of the charges levelled against them.

Okeke said that the prosecution should carry out proper investigations before suspects are arraigned.

Ademola was among the seven justices investigated after the sting operations carried out on Oct. 8 and 9 by the Department of State Security .