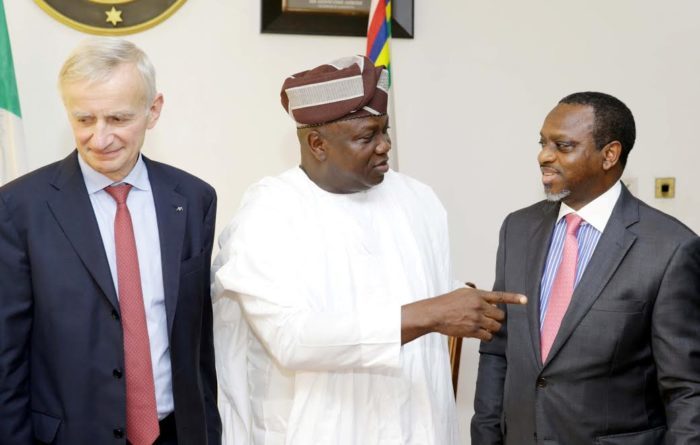 The Lagos State Government on Wednesday revealed plans to establish an agency by law to manage the State’s Health Insurance Scheme, HIS, expected to be rolled out soon.

Briefing Government House Correspondents at the end of a meeting of the AXA Mansard Insurance Group with the State Governor, Mr. Akinwunmi Ambode, Commissioner for Health, Jide Idris said the government would provide the enabling environment for the private sector to participate in the scheme with the view to increasing access to healthcare delivery.

He said the Mansard Group had already indicated interest to be part of the State’s Health Insurance scheme, adding that government would also appoint health insurance agents who would act between Government and the people to ensure the success of the scheme.

“They (Mansard Group) have expressed their interest to partner with us on our health insurance scheme which we are rolling out very soon. It is a financing scheme for the system and a way of introducing reforms, re-jig the system and make it better.

“We have provided that enabling environment in the sense that we are going to have an agency by law and every resident of Lagos is going to contribute to that purse. We will be using both public and private health providers and that is where AXA Mansard comes in with healthcare facilities.

“Also to enable us process the programme properly, we are using what we call health insurance agents. Those ones will act between Government and the people with respect to providing the health insurance scheme,” Idris said.

The Commissioner also said that AXA Mansard Insurance Plc would also be partnering with the State Government to deliver affordable and quality health care service to the people and transform the State into the medical tourism centre not just for Nigeria but Sub-Saharan Africa.

Giving more details on the partnership, Chief Executive Officer of Mansard Insurance, Mrs Yetunde Ilori said having keenly followed the activities of the State Government and the passion of the Governor on healthcare delivery, the firm thought it important to partner with government in the best interest of the people.

“We are here to show our intention to partner with the State Government in the area of healthcare delivery and we are about putting in place in Lekki a world class 150-bed hospital.

“This is just a tiny bit compared to our need in Nigeria but we want to run like a hub and expand subsequently. We are going to have some Primary Healthcare Centres (PHCs) on the Mainland in Lagos and from there we go to entire Nigeria.

“We are not in any way in doubt of the support as pledged at the concluded meeting with the Governor that this is not going to be an abandoned project because we are going to have all the support needed and in that wise, our intention is to make Lagos a kind of medical tourism centre where people in sub-Saharan Africa will be coming to Nigeria to receive healthcare instead of going to places like India,” Ilori said.

On his part, Mansard’s Chief Client Officer, Mr Tosin Runsewe said the courtesy visit to Governor Ambode, apart from the partnership on healthcare delivery, was also to appreciate all the State Government has been doing in the last two years to revamp physical infrastructure in the State, adding that it was obvious that a lot had been done in scaling up ease of doing business and security.

“We are looking at partnering with the State in terms of social infrastructure and healthcare clearly falls along this line and we are bringing the expertise of Axa Mansard to bear upon this particular area. We will executive, over the next couple of years, social infrastructure in the area of medical facilities and we will be linking this with the health insurance we have already to ensure that Lagos residents have access to medical care at affordable prices,” Runsewe said.