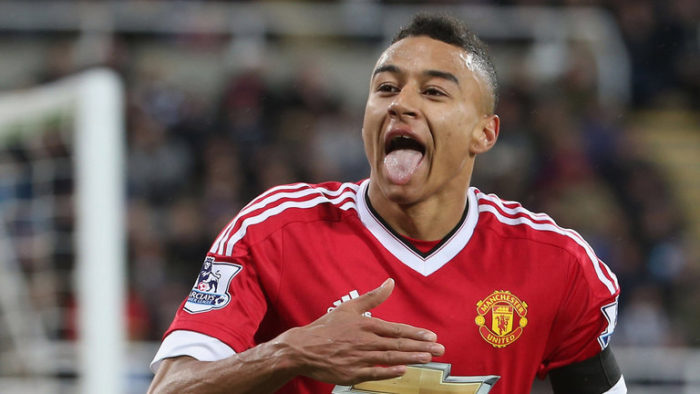 Manchester United midfielder Jesse Lingard has signed a new contract at Old Trafford that could earn him £100,000 a week.

The 24-year-old England international is now committed to the Premier League club until 2021 and there is the option to extend the deal by a further year.

Lingard has made 70 appearances for United, who he joined as a seven-year-old, and won four caps for his country.

“Manchester United has always been a big part of my life,” said Lingard.

“I feel great pride every time I pull the shirt on.”

Lingard holds the rare distinction of scoring in three successive games for his club at Wembley.

After netting the winner in last season’s FA Cup final, Lingard also scored against Leicester in the Community Shield and Southampton as United won the EFL Cup in February.

“To have scored in two cup finals for my boyhood club were immensely proud moments for me and my family,” he added.

“As a team, we have already won a major trophy this season and I look forward to helping us win many more under this great manager.”

United boss Jose Mourinho said: “Jesse is a popular member of the squad and I am delighted he has signed a new contract.

“He has good intelligence which, when combined with his energy and ability, makes for a player with a great future ahead of him.”

Lingard had spells on loan at Leicester, Birmingham and Brighton before he was given his first-team debut by Mourinho’s predecessor Louis van Gaal against Swansea in the opening game of the 2014-15 season, BBC reports.

This season he has played 29 times, scoring five goals.