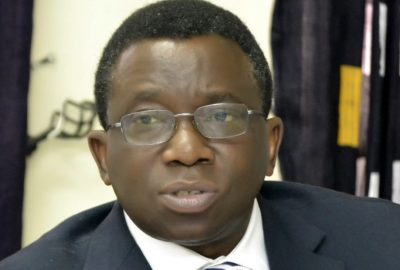 The Federal Government says it has put in place a robust response mechanism to tackle the outbreak of meningitis, which has killed over 300 Nigerians since the latest outbreak.

The Minister of State for Health, Mr. Osagie Ehanire told journalists after the Federal Executive Council meeting in Abuja, that the government is procuring 500,000 doses of vaccines from Europe, in addition to the number already being administered.

In his words he said, “We have mobilised vaccines to come in from all corners, 500,000 unit doses of vaccines are being distributed and vaccination campaign has started already.

“The government is also getting 826,000 units which is being shipped from Europe to us within the next few days.

“The most affected states has been Zamfara, Sokoto and Katsina, together they have 85% of the cases.

“There is reactive vaccination going already and social mobilisation, while the various teams are working on the affected states”.

The Minister further noted that there are two treatment centres being setup in every local governments, with doctors ready available to be able to take blood samples to the laboratory.

Earlier, the Director General for Disease control, Chile Iheakweazu, had announced that reactive vaccination for meningitis is to commence in Zamfara state from Wednesday April 5.

This was in response to the meningitis outbreak which led to the death of 328 people across the country, with Zamfara state recording the highest number of deaths, Channels TV reports.