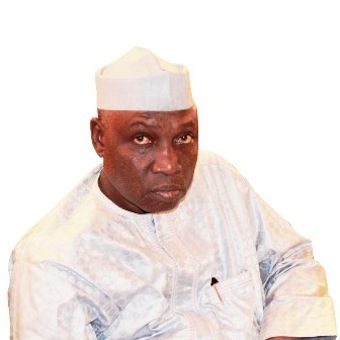 Dunoma stated this while conducting the Vice President, Prof. Yemi Osibanjo, on an inspection of the project on Friday.

He said that the critical parts of the work, including asphalt-laying, airfield lighting installation and marking of the runway, were progressing.

The FAAN boss added that the marking of the runway would commence on Monday.

According to him, the project is being executed in line with the programme of work and the April 19 deadline will be met.

“The overall completion is 80 per cent as of today and the critical elements of the work that we have which are asphalt-laying and airfield lighting installation are 73 per cent and 40 per cent, respectively, completed.

“The next critical part, of course, is marking which will start on Monday.

“At the end of the day, the regulator will have to come and certify it; then, we will be ready for reopening on April 19,’’ he said.

Dunoma added that the agency was taking advantage of the six-week closure of the airport to also carry out complete rehabilitation of the terminal to give it a new look when it reopened.

He said that the work included installation of all the essential facilities such as electrical and mechanical fittings.

“We are seizing this opportunity of empty building to make sure that we rehabilitate the entire terminal building and that includes the facilities that are there such as mechanical, electrical and civil.

“We will get it done before the 19th and all the works there will be completed before that day.

“April 19 remains sacrosanct and we want to reassure Nigerians that come April 19, the airport will be opened,’’ he said.

In his remarks, Osibanjo expressed satisfaction with the level of work and assured that the airport would be reopened on schedule.

The airport was shut on March 8 for six weeks to enable Julius Berger carry put complete rehabilitation of the 3.6 kilometres runway.

The runway, which was constructed in 1982 was meant to last for 20 years, but has been in use for 35 years without major repair and proper maintenance.