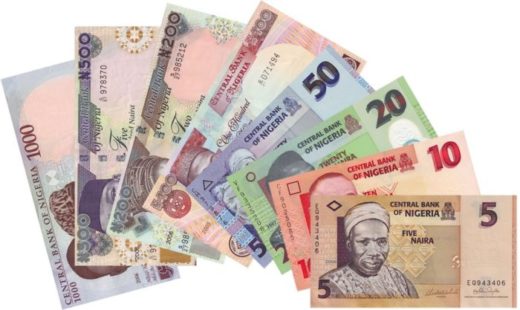 Nigeria’s naira slid pass N400 on the black market on Friday amid tight dollar supply, despite a series of currency forwards sold by the central bank this month to clear demand for the U.S. currency on the official market, traders said.

The naira was quoted at 405 per dollar on the black market on Friday. It traded at 306.15 on the official market.

The central bank has sold more than $1 billion on the forward market since February. It auctioned $250 million in forward sales this week to boost liquidity and also intervened on the spot market.

Traders said the forward sales have improved liquidity but left the spot market inactive, leaving importers that want hard currency for immediate use reliant on the black market.

Africa’s biggest economy is facing a currency crisis brought on by low oil prices, which has hammered its foreign reserves and created chronic dollar shortages, frustrating businesses and individuals.

The central bank has been intervening on the official market this year to try to narrow the currency gap with the black market rate, which hit 520 to the dollar in February, prompting the bank to devalue the naira for consumers to 375.

On Wednesday the International Monetary Fund (IMF) said the naira was over-valued by around 10 to 20 percent, and called for changes to exchange rate policy.