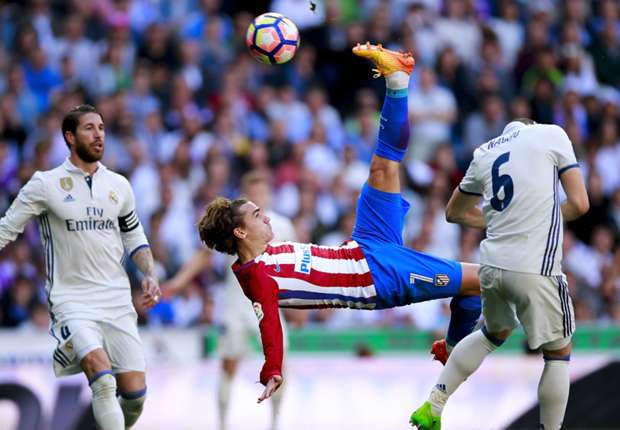 Real Madrid’s hope of winning the La Liga title is now shaken as Atletico Madrid came from behind to draw 1-1 at the Santiago Benabeu on Saturday.

After goalless first half, Pepe headed in from Toni Kroos free-kick in the 52nd minute of the game to make it 1-0 for Madrid.

When the match appears to be going Madrid’s favour, Antoine Griezmann scored a super equaliser in the 85th minute of the game to silence the 80,000 spectators at the stadium.

Madrid’s hope now hang in the balance as win for Barcelona in their match against struggling Malaga later today will take them to the top of the summit.

The El-Classico game of April 23 between Madrid and Barcelona at the Santiago Benabeu will certainly decide where the title goes to.