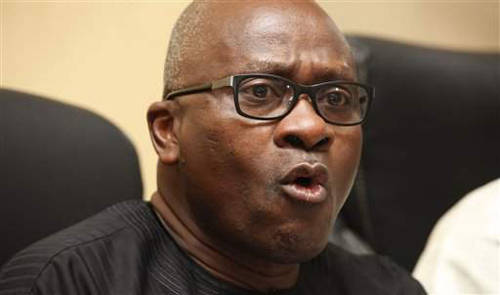 The Lagos State Government on Saturday said the dreaded Cerebrospinal Meningitis, CRM, did not kill two people in Lagos, as it accused the Nigeria Centre for Disease Control, NCDC, of lying to the public over the matter.

The government, however, admitted that there were two suspected cases of meningitis in the state.

The NCDC had on Friday released statistics which claimed that CRM killed two people in Lagos State and that three cases had been recorded in the state so far.

Commissioner for Health, Dr. Jide Idris told PM News on Saturday that the NCDC lied as there was no recorded death of Meningitis in the state, saying that two suspected cases had been recorded.

Idris said until the laboratory results were ready, the suspects could not be said to be suffering from Meningitis.

According to him, the state government would let the public know the outcome of the results, adding that one of the suspects was undergoing treatment at the Mercy Hospital, Lagos.

Idris said there was no cause for alarm as the government was on top of the situation and ready to curtail any health hazards in the state.

However, the statistics released by NCDC revealed that as at 5 April, 2017, three cases of Meningitis were recorded in Lagos out of which two people died.

According to the report, a total of 3,959 cases with 438 deaths have been reported, with 181 laboratory confirmed cases so far.

The NCDC said the apparent increase in number of cases was as a result of intensified case-finding going on in the affected States.

Meningitis outbreaks are currently reported in 19 States with five States mostly affected, Zamfara, Katsina, Kebbi and Sokoto in the North-West zone and Niger in the North-Central zone of Nigeria.

The most common serotype is Neisseria meningitidis serotype C (Nm C). Meningitis EOC has deployed personnel to support response activities in the five most affected States.

The NCDC reports had it that the 3,959 reported cases with 438 deaths were reported in reported from 106 LGAs in the country, with Zamfara, Katsina, Kebbi and Sokoto States in the North-West zone, and Niger State in the North-Central zone accounting for about 95% of the cases reported.

“A total of 181 positive cases confirmed by Pastorex and Culture; Neisseria meningitides serotype C being the most common serotype accounting for 83% of laboratory confirmed cases. The most affected age group is 5-14 years and accounts for 52% of cases,” it stated.