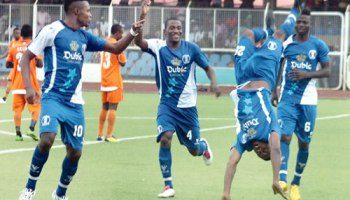 3SC got their opening goal through Sunday Faleye in the 38th minute.

Substitute Wilfred Angel equalised for the visitors in the 75th minute.

3SC got their second goal through Ivorian substitute Assiri Emmanuel who utilised Lekan Bola’s pass in the 81st minute.

After the match, coach Abubakar Bala of Niger Tornadoes said they lost the game because they lost concentration towards the end of the game.

“This is the third time we have lost in a similar way. I mean, loss of concentration cost us at least a draw here. We lost to Lobi Stars and Sunshine Stars this same way.

“But we will work on our shortcomings,” Bala said.

Speaking also, coach Fatai Amoo of 3SC lauded his players for winning the game, saying it was a great display from both teams.

“It is a fantastic display from two great teams and I must commend the effort of my players for the outcome of today’s match,” he said.