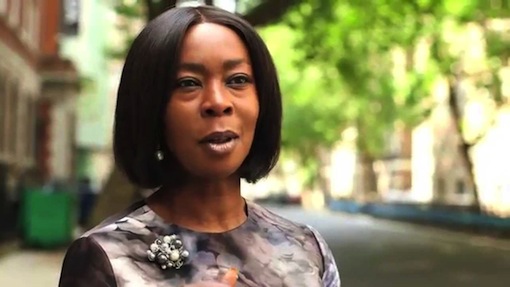 Mrs Toyin Saraki, Wife of the President of the Senate, has called on the Umu Ada Di Igbo (UDIM) Mma, a socio-economic group, to promote national peace and unity among women.

Saraki, who was represented by the wife of Sen. Bassey Albert, at the Inauguration of the UDIM on Sunday in Abuja, noted that women remain an integral part of any nation.

She urged the group to focus on the goal which is to promote the sense of unity among its members, develop healthy matrimonial relationships, prevent all forms of abuse and promote youth awareness for development.

”Women are the nation’s builders, I have no doubt they will deliver in promoting the economic, cultural and social growth of mothers and babies.

”I am pleased to identify with the UDIM group, and I have no doubt these great women in this organisation will give these noble goals their best,” she said.

Toyin appealed to the UDIM to be united in purpose as they work towards improving the lives of women and the less privileged in the society.

Ezeife said that women were hard working people and committed to any course they embarked on.

“This is a time we need, our mothers, our wives, our sisters to contribute to the development of our place.

“Our place is in need of development, our men sometimes sell out, but the women are dogged, consistent, very reliable and very encouraging people,” he said.

Speaking at the event, the National Coordinator of “UDIM, Mrs Beauty Iheaka, said that the aim of the association was to promote unity among Igbo women of the seven Eastern States of Nigeria.

“In this great organisation, we are aiming to lead our people to cross the boundaries of mere good, so that everyone could become great in whatever they do,” she said.

Iheaka said that the group also believes in the possibility of inspiring others to achieve greatness and live in it.

She also said that the association would engage in more charity works and impacting on the society.

She said, “UDIM, is a non-profit, non-political organisations with headquarters in the USA with the sole purpose of promoting Igbo sisterhood, Igbo culture, heritage and unity.”

The UDIM, a socio-economic group kicked off the event with an orphanage visit with a medical team, who tested and treated orphan and less privileged children in Abuja.