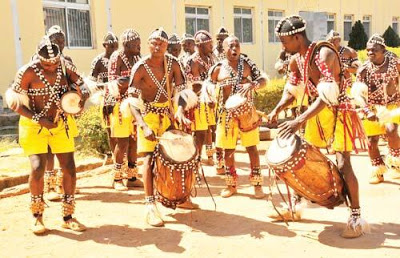 The maiden edition of the Jos Carnival kicked off on Wednesday, with a fiesta for Plateau children.

Wife of the Plateau Governor, Mrs Regina Lalong, accompanied by the children, ushered in the carnival with a walk.

The governor’s wife, in a speech, said that the carnival was, in itself, a testimony to the fact that permanent peace had returned to Plateau.

“That we are holding a carnival confirms that Plateau is stable; it is a clarion call to the whole world to come to Plateau and explore the massive opportunities it offers,” she said.

She said that the carnival would showcase the rich cultural heritage of the state to tourists and remind them of Plateau’s place as the leading tourists’ destination in the country.

Represented by Mrs Hassana Ayika, permanent secretary in the women affairs ministry, Mrs Lalong commended organisers of the carnival for incorporating children in the activities.

“We hope that this recognition will prepare the children for greater things; we hope they will feel challenged to contribute their quota to societal development,” he said.

She regretted that hunger and diseases had hampered the potential of children and promised to work with individuals and NGOs toward a better life for them.

Earlier, Mr Peter Mwankon, Commissioner for Tourism, Culture and Hospitality, had said that the carnival was organised to celebrate the restoration of peace in the state.

“The carnival is also targeted at drawing investors’ attention to the need to establish patronise Plateau.

“We have a peaceful, warm and serene environment with a unique climatic condition for investors to explore; we also want tourists to experience our rich cultural heritage,” Mwankon he said.

Mwankon urged corporate bodies to partner with Plateau in sponsoring the carnival into an annual event to hold during Easter.

He said that the carnival was part of efforts toward diversifying the economy and raising Plateau’s Internally Generated Revenue(IGR).

The wife of the governor later cut the carnival cake.