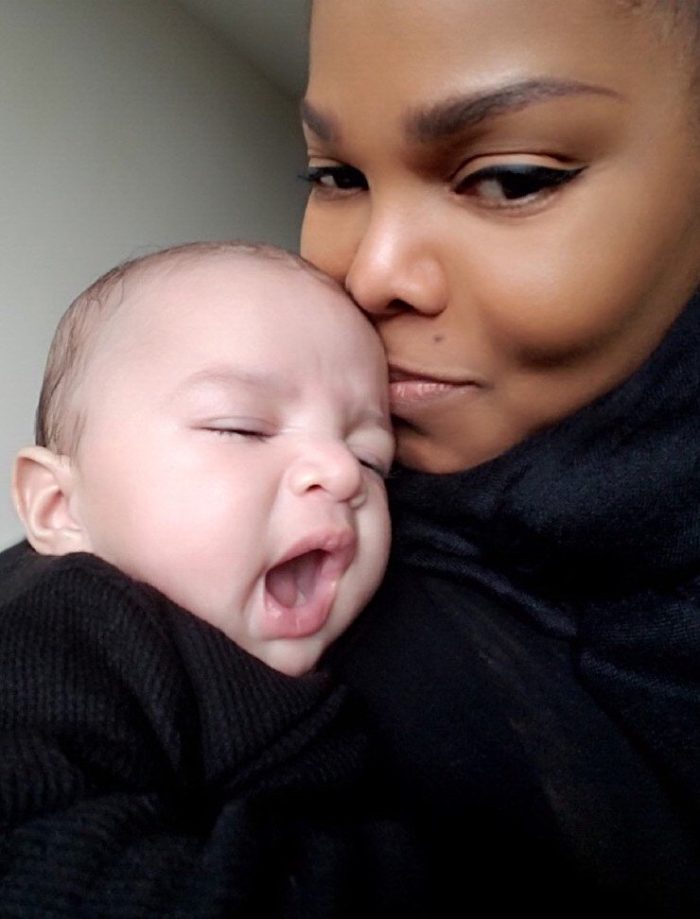 Janet Jackson and her son, Eissa

Janet Jackson’s son Eissa has made his debut!

The singer shared a photo of her first child on social media Friday along with the sweet caption: “My baby and me after nap time.”

Jackson’s 14-week-old baby boy adorably yawns as he looks at the camera for a selfie.

In February, a source told PEOPLE that the mother-son pair are doing “really good,” and that “she absolutely loves” motherhood.

“We thank God for our blessing,” Jackson, 50, told PEOPLE when she shared a baby bump photo exclusively with PEOPLE in October.

Months later in April, PEOPLE confirmed Jackson and Al Mana’s split after nearly five years of marriage. She wed Qatari businessman Al Mana in 2012, and news of their first child’s impending arrival was reported in May.

The exes plan to raise their son together despite their recent split.

This article was originally published on PEOPLE.com