Man chains wife to generator from night till next morning 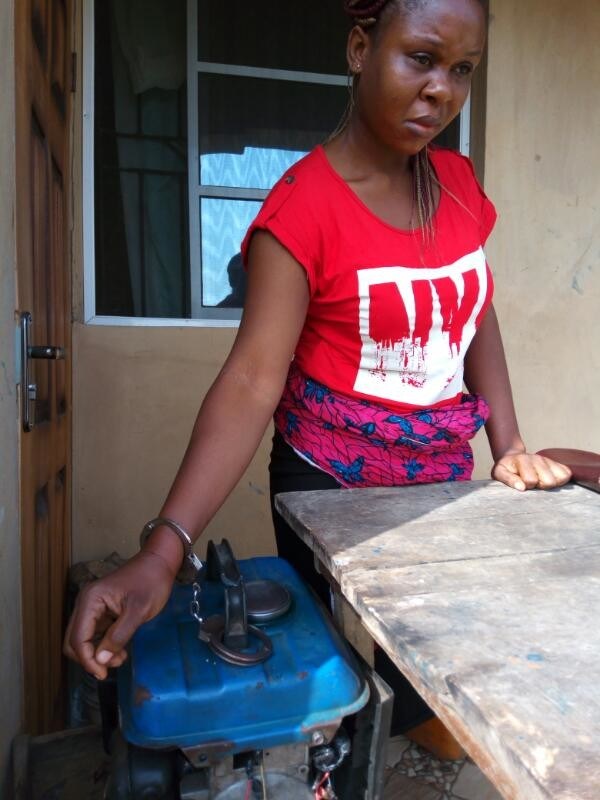 Man Chains wife to a generator

The police in Ogun State have arrested a 37-year old man, Ifeanyi Ajaero, for allegedly chaining his 28-year old wife to a generator from Friday night till Saturday morning.

The wife simply identified as Obiageli was chained to the generator on the night of Friday, 14th April till the next morning, Saturday 15th April, 2017.

She was said to have been seriously beaten by her husband before he allegedly chained her there.

Policemen at the Ogun Command interrogated the suspect and he admitted to chaining his wife to the generator, but claimed his actions were for “self-defense”.

Meanwhile, the State Commissioner of Police, Ahmed Iliyasu, who described the action of the suspect as the height of wickedness has ordered the immediate transfer of the case to Anti- Human Trafficking and Child Labour Unit of the state Investigation and Intelligence Department for further investigation and prosecution.

He also warned residents of the state that the command would not tolerate any act of domestic violence no matter who was involved.