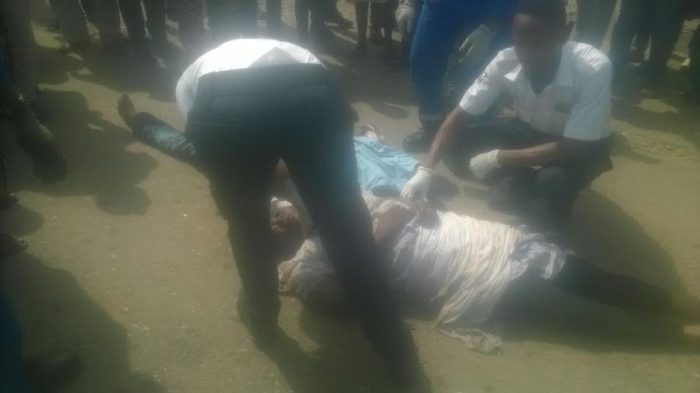 The victims of accident

Two persons lost their lives on Monday in an auto crash involving two vehicles at the Gbagada area of Lagos State, south-west Nigeria.

According to the Lagos State Emergency Management Agency (LASEMA), the bodies have been moved to the Lagos Mainland Hospital Mortuary.

The agency said that emergency responders also rescued 14 other persons who sustained various degrees of injuries, while the damaged vehicles have been recovered.

General Manager of LASEMA, Adesina Tiamiyu, called on motorists to drive within the speed limit, in order to avoid unnecessary loss of lives.

“The Agency’s ERT received a distressed call at about 3:05 pm regarding an accident at Gbagada Bus Stop, inward Anthony on April 17, 2017. This prompted the immediate activation of the Agency’s ERT to the scene of the incident.

“Preliminary investigation conducted by the Agency’s Emergency Response Team at the scene revealed that a Volk Wagon commercial bus with registration number GGE716XM had a head on collision with another vehicle (Mazda Taxi).

“Fourteen persons were rescued by the emergency responders and taken to the Gbagada General Hospital and Trauma Centre, by LASAMBUS and the LASEMA Paramedics as they sustained different degrees of injuries.

“Two lives were lost and have been moved by SEHMU to the Lagos Mainland Hospital Mortuary, while the damaged vehicles were recovered with the aid of the Agency’s towing truck, to avoid another incident and free flow of traffic in the area,” he said.

Tiamiyu advised motorists, especially commercial bus drivers to ensure they pay full attention while driving and also ensure they drive within the speed limit, to avoid unnecessary loss of lives to reckless driving.