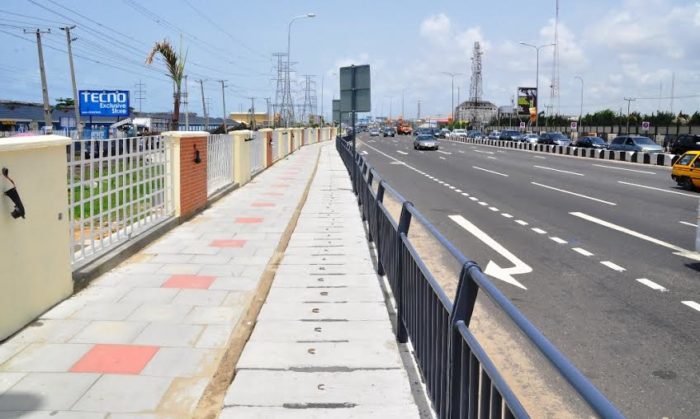 In continuation of efforts to remodel the aesthetics of major highways, the Lagos State Government recently constructed an ultra modern walkway at Jakande, along Lekki-Epe Expressway.

The walkway, constructed with barricades is also expected to eliminate the incidence of innocent citizens being knocked down by oncoming vehicles.