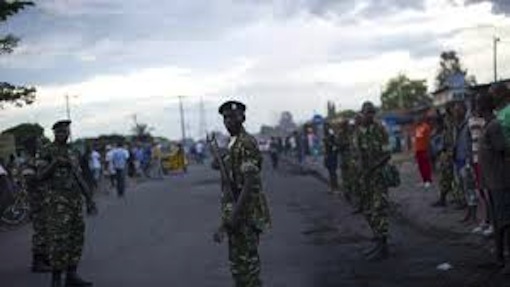 Over ten armed bandits operating on the border between Burundi and the Democratic Republic of the Congo (DR Congo) have been arrested, the Burundian police spokesman on Friday said.

Burundian Police Spokesman, Pierre Nkurikiye, said that the armed bandits, who stole belongings in Burundi and crossed the border to the DR Congo, were arrested at various border points.

According to him, the bandits are responsible for cases of theft and abduction of people who help them carry stolen goods.

Nkurikiye added that some were arrested while others surrendered to the police.

“With the collaboration of Congolese security forces, we will dismantle all those armed bandits operation on the border between the two countries.

“We seized their arms and those bandits are held in various custodies,” Nkurikiye said.

Thefts and ambushes are often mounted by gunmen who then retreat to the DR Congo’s territory via Rukoko forest reserve.