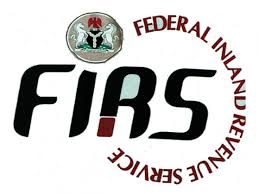 Some Indigenes of the Federal Capital Territory (FCT have protested their non-inclusion into the reconstituted Board of the FCT Internal Revenue Service (FCT-IRS) by President Muhammadu Buhari.

The indigenes, under the auspices of Abuja Original Inhabitants Youth Empowerment, expressed their concern through their Leader, Mr Isaac David, during a news briefing on Sunday in Abuja.

David said that FCT indigene should be included among other Nigerians serving as board members of the organisation for justice to prevail.

“The group wishes to draw the attention of President Muhammadu Buhari to the fact that, the original inhabitants of FCT in various capacities are against its non-recognition as a state and the continuous disregard for political appointments.

”The Abuja natives are becoming more disturbed following recent list of FCT-IRS members approved by the President without the inclusion of an Abuja indigene.

The youth leader said that the composition of the revenue board must be carried out in strict compliance with the principle of Federal Character as enshrined in the 1999 constitution.

He said the composition of members of the board should be done in line with the Federal Character Commission Act of 1997.

David said that FCT indigenes have been denied privileges and rights guaranteed them under the 1999 constitution.

“Appointments into political and other offices should be given to candidates who are indigenes of the FCT and states in the country,’’ he said.

President Muhammadu Buhari recently approved the reconstitution of the FCT-IRS board, with Abdulahi Oteh Attah as Chairman/Chief Executive Officer.