Director-General of DSS, Chief of Staff have not resigned - Presidency 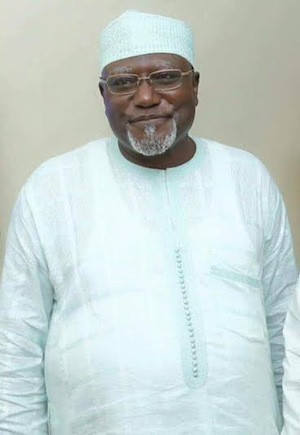 The Presidency has described the reported resignation of the Chief of Staff to the President, Abba Kyari and the Director-General of the Department of State Services, Lawal Daura, as “mere distraction and pure mischief’’.

Malam Garba Shehu, the Senior Special Assistant to the President on Media and Publicity, stated this in Abuja on Sunday night while reacting to social media reports on the purported resignation of Kyari and Daura.

Shehu, who frowned at the report, said the Chief of Staff left Abuja on Saturday for China on presidential assignment and would be back by the middle of the week.

He said: “The report is pure mischief. What I can tell you is that the President sent the Chief of Staff Malam Abba Kyari to China on an assignment.

“He left on Saturday and we are expecting him by the middle of the week.

“The DG DSS who spoke with me a few hours ago is busy on his job. Nothing to indicate resignation.

“I think these are mere distraction.’’

The News Agency of Nigeria (NAN) reports that an online outfit; Post-Nigeria, first reported the purported Kyari’s and Lawal’s resignation, on Sunday.

“Great Tension Hits Buhari’s Ministers, over the resignation of Chief of Staff, Kyari, DSS Boss, Daura, 2 others,’’ the online posted.

Tags:   The Director-General of the Department of State Services   The Presidency