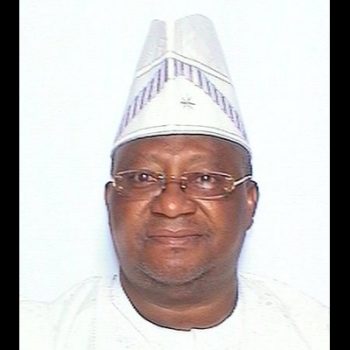 Saraki, in a statement issued on Sunday in Abuja by his Special Adviser on Media and Publicity, Mr Yusuph Olaniyonu, said the death of the two-term senator was “a sad personal loss.’’

He said Adeleke, who was the first civilian governor of Osun, was an important figure in the 8th Senate.

Saraki also said: “My heart goes out to the family of Sen. Adeleke and the people of the great State of Osun.

“Adeleke was a leader in every right, a formidable colleague, patriotic statesman, good family man and complete gentleman whose contributions to the development of Osun State in particular and the nation in general will never be forgotten.”

The senate president described the late lawmaker, who served as Chairman, Senate Committee on Capital Market, as a consummate reformer and courageous public servant.

He added that the late senator was a grassroots politician whose love for his people and commitment to national service remained unparalleled.

“From his track-record as a second term senator, it is clear that Adeleke was a man who his people trusted to carry out their mandate in the Senate.

“He was always passionate about his work in the legislature and showed competence, dedication and an ability to work with everyone to bring about the greater good.

“ He will be sorely missed,” he said.

Saraki commiserated with the immediate family of the deceased, the larger Adeleke family, Osun West Senatorial District, Gov. Rauf Aregbesola and the entire people of Osun as well as the 8th National Assembly.