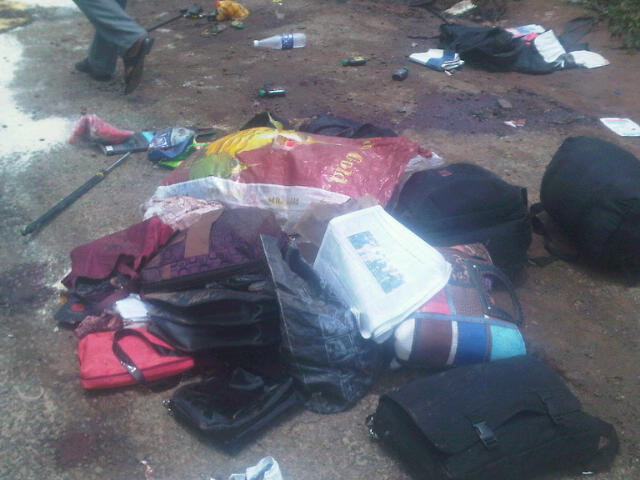 File Photo: Bags of accident victims on the roadside

Six persons on Monday lost their lives while 12 others were injured in an auto crash at Osara village on Lokoja-Okene road in Kogi.

Villagers told newsmen that the accident, which occured at about 9am, involved three vehicles – a truck, a Toyota Hiace bus and a Nissan Primera car.

According to the eyewitnesses, the truck and Toyota bus had a head on collision while the Nissan Primera car rammed into them.

He said that the 12 persons who were critically injured were evacuated to the Federal Medical Centre, Lokoja for further treatment, while the six corpses were deposited in the hospital’s morgue.

According to him, the obstruction created on the road by the accident had been cleared for resumption of free flow of traffic.