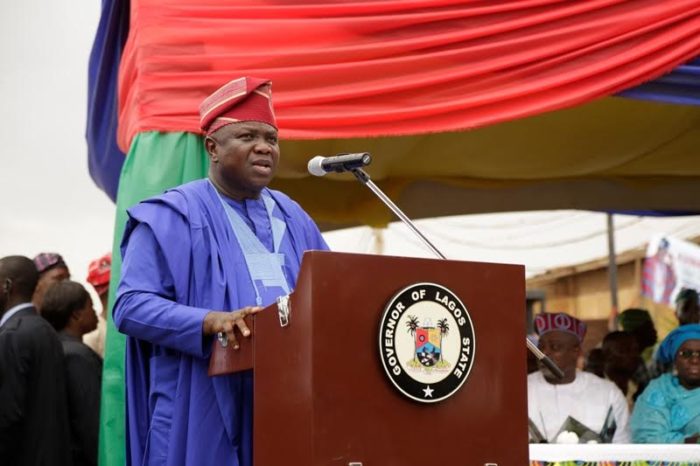 Adeleke, the first civilian Governor of Osun State and a serving Senator representing Osun West Senatorial District passed on in Osun on Sunday morning at the age of 62.

Ambode, in a statement signed by his Chief Press Secretary, Mr. Habib Aruna, said Adeleke’s death was a huge loss to the entire Southwest region and the Yoruba nation across the world.

“I was deeply shocked to learn of his death this morning. Only last month, he was in Lagos to join us celebrate our party leader, Asiwaju Bola Ahmed Tinubu. He made his mark first as the first civilian Governor of Osun State and then as a Senator, he was one of the most prominent lawmakers who did not shy away from issues that affected Nigerians in general.

“He was very passionate about Nigeria’s progress and contributed immensely to the expansion of progressive politics especially in the South West. Senator Adeleke was a loving man, a peace maker, a grassroots politician and a detribalized Nigerian who was well loved by his people,” Governor Ambode said.

The governor prayed for the peaceful repose of his soul, urging his family to draw strength from the fact that he made meaningful impact during his lifetime.

“On behalf of my family and the good people of Lagos State, I want to express our heartfelt condolence to the family of Senator Isiaka Adeleke, the people of South West Nigeria and Nigerians in general on this great and irreparable loss. He will be sorely missed”, he said.