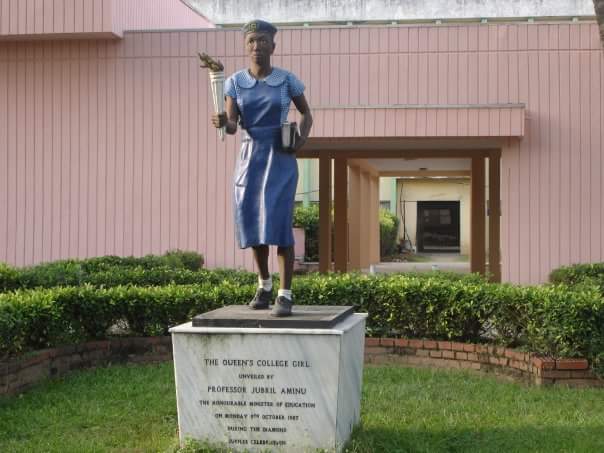 Following the satisfactory result from analysis of water samples from all water delivery points at the Queens College, Yaba, the Lagos State Government has recommended the resumption of students for academic activities.

Queens College had been shut for over two months following outbreak of diarrhea in the school which killed three students.

The State Commissioner for Health, Dr. Jide Idris who disclosed on Monday while giving an update on the outbreak of gastroenteritis in the School noted that the school authority in collaboration with the Parents Teachers Association (PTA), Old Girls Association and the Federal Ministry of Education had successfully addressed identified areas of lapses by instituting various control measures.

According to him, the control measures included decommissioning of the multiple contaminated water sources, deployment of a single water source with water treatment, renovation of the dining hall, decontamination of the hostels and overhauling of the sewage system and clearance of the septic tanks.

He added that the periodic testing and retesting of water sources would still go on in line with international best practices.

Idris said while he was updating the media few weeks back, he mentioned that water samples from one of the multiple water delivery points in the College posed safety and portability concern.

He however disclosed that this had been addressed as new pipes had been laid.

“I am delighted to inform you that based on the results of the analysis of the latest water samples collected on Tuesday, April 11, 2017, all water delivery points have been certified to conform to official specifications and I hereby recommend to the School Authority resumption of Students of Queens College, Yaba, Lagos,” he said.

While restating the commitment of the state government to guarantee good health of the citizenry irrespective of gender, religious or ethnic affiliations, Idris emphasized the need for the school authority and appropriate Federal Agencies to supervise continuous screening, follow up and monitoring of all students and staff of the school because of the polymicrobial nature of the outbreak.

The commissioner, who also revealed that four out of the 25 infected kitchen staff that were treated and retested still harbour some bacteria recommended that the four kitchen staff be made to undergo further treatment, be prevented from handling food and redeployed from the kitchen area.

He disclosed that since the outbreak of the disease in the school, 40 cases were admitted in various public and private hospitals in the State.

He added that 37 cases were discharged after full recovery while the remaining three were unfortunately lost to the disease.

The commissioner noted that though no new case of the disease had been reported since the last case was discharged on the 18th of April, 2017, he warned that sporadic cases might still occur due to multi-microbial nature of the disease occurrence.

Idris, however, restated the need for the school authority as well as proprietors of schools in the State to ensure strict compliance to personal and environmental hygiene by ensuring provision of safe water, appropriate refuse disposal, conduct of food handlers’ test for kitchen staff and food vendors bi-annually and continuous monitoring of water and sewage treatment plants and encourage students and all to imbibe the culture of regular hand washing with soap and water.

“Other pertinent recommendations are contained in report forwarded to the Federal Ministry of Health and the authority of the Queens College”, he noted.

He also urged them to report unusual disease occurrence to the nearest public health facility or the Ministry of Health.

While reiterating the regret of the Lagos State Government on the unfortunate incident especially the deaths recorded, Idris commiserated with the families and management of the school on the sad occurrence.