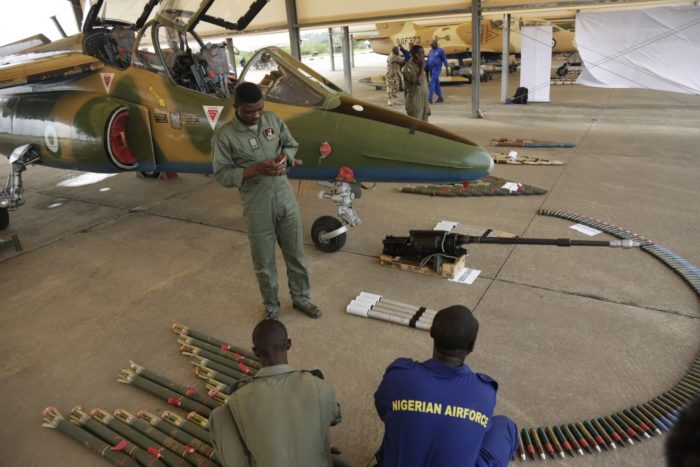 Nigeria’s air force has shown off new assets it says will be used to combat the Boko Haram insurgency in its north and oil militants in its south.

The chief of defense staff, Abayomi Gabriel Olonishakin, says the military now can “deliver appropriate firepower at the right time and at the right place.”

The military also expects that the Trump administration will move forward with the sale of high-tech aircraft to Nigeria for its campaign against Boko Haram despite concerns over abuses committed by the African nation’s security forces.

“We are highly impressed and knowing that this air force is now on the rise again,” says retired Air Vice Marshal O.C. Obierika