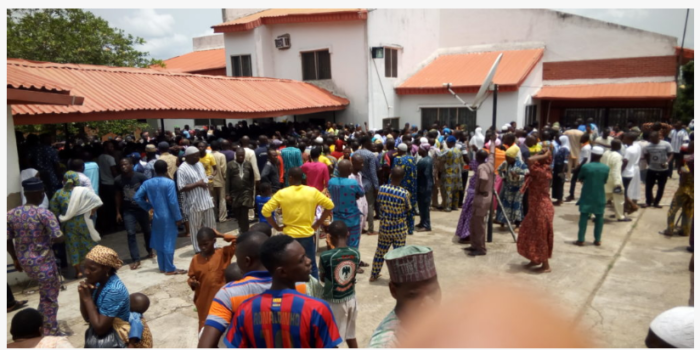 Preparations for the burial rites of Sen. Isiaka Adeleke, who died on Sunday, has commenced at his residence in Ede, Osun.

A NAN correspondent, who was at the residence of Adeleke in Ede on Monday, reports that the grave where he would be buried had been prepared.

The former civilian governor, NAN learnt, is to be buried near his living room within the premises.

There was heavy presence of security personnel at the residence of the deceased.

The state Commissioner of Police, Mr Fimihan Adeoye, was also at the Adeleke residence to ensure adequate security.

Some angry youths in the town, however, told the commissioner that they would prevent state government officials from attending the burial, alleging that Adeleke was poisoned.

Mrs Idiat Babalola, the Senior Special Adviser to Gov. Rauf Aregbesola on Diaspora, who came for the burial, was mobbed.

It took the intervention of policemen to ferry her out of the residence.

The atmosphere at the late senator’s house was tense as sympathisers and family members were weeping profusely.

Family members are still waiting for the result of the autopsy conducted on the late senator.

Gov. Rotimi Akeredolu of Ondo State and his Ogun counterpart, it was learnt, had already arrived for the burial.

The Islamic clerics, who would perform the burial rites, had also arrived as at the time of filing this report.