Tanker with 33,000 litres of diesel explodes in Lagos 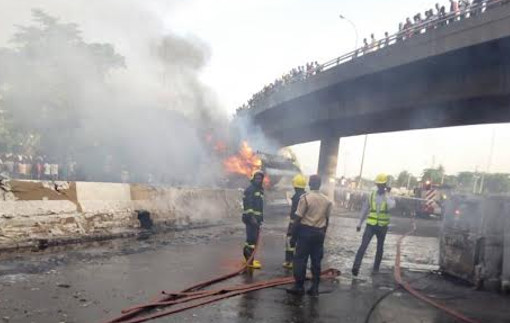 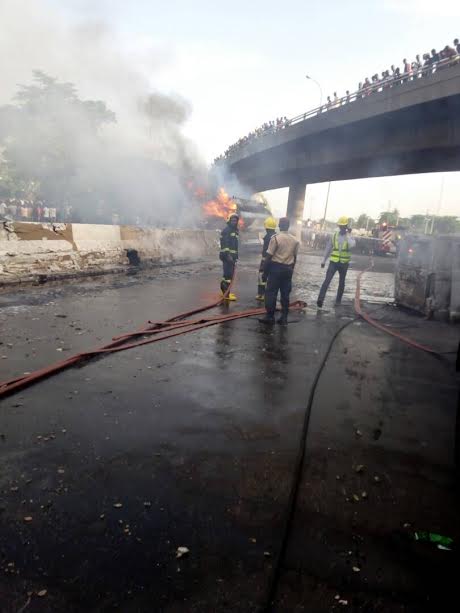 A tanker, with 33,000 litres of diesel has exploded in Lagos after the tanker collided with a BMW car along Oshodi-Apapa expressway.

Fire fighters and emergency agencies are currently battling to put out the fire.

He said the tanker crashed with a BMW Car with registration number (LSD 462 CZ), after losing control while driving inward Charity bus stop.

“This subsequently led to the spillage of the entire content(diesel), thereby leading to the inferno. No lives lost, recovery operation is ongoing by the men of the Lagos State Fire Service and LASEMA Response Team,” he said.