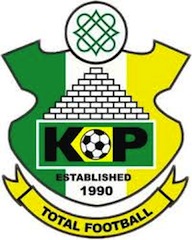 The Kano Pillars Football Club’s board has accepted the resignation of its Technical Adviser, Coach Kadiri Ikhana.

The media officer of the ‎club, Idris Malikawa said this in a statement made available to the News Agency of Nigeria (NAN) on Monday in Kano.‎
‎
““The management of Kano Pillars FC accepted his resignation in good faith and wish him full recovery for the sickness which he said was the reason to quit his job.‎

“”Though we got the information through press interview granted the media late Sunday night, but we thank Kadiri Ikhana for his contributions to the club,” Malikawa said.‎

He said Kadiri was not in Enugu for the match against Enugu Rangers but communicated with journalists and club officials from Abeokuta to announce his resignation with immediate effect.‎

The media officer assured that the relationship between the club and Ikhana will be sustained.
‎

He said that  a new coach would be announced  within the week and the players had been given five days mid-season break.‎
‎

He then urged the fans of the club to exercise  patience as  the board  is doing everything in its capacity to bring the club to its winning ways.

The 64-year-old  returned  to take charge of the club for the third time since helping it to clinch its first-ever Nigerian league championship in 2008.