Lagos vows to clampdown on hotel owners, others over non-registration 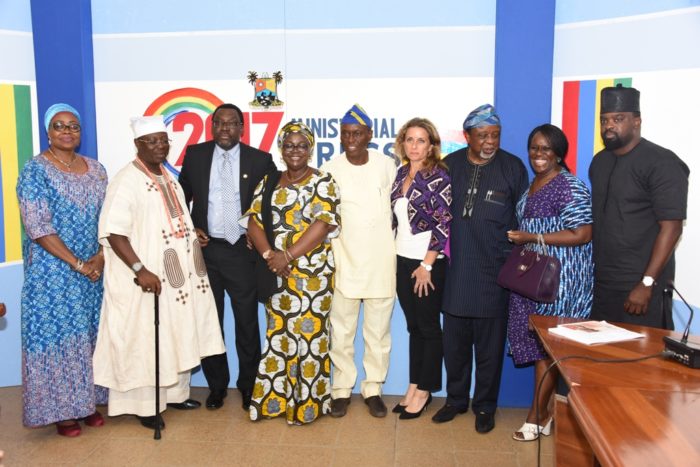 The Lagos State Government has warned hotel and club owners in the state to voluntarily register with the government to facilitate the ongoing classification and grading of hotels or risk their businesses being shutdown.

The State’s Acting Commissioner for Tourism, Arts and Culture, Adebimpe Akinsola, who said this at the ongoing Ministerial Press Briefing in Alausa, Lagos, Southwest Nigeria said it was important for the practitioners in the sector to key into the vision of the present government to scale up the tourism potentials of the State.

She commended hotel owners that had already registered with the state government, saying that others should emulate such practitioners for government to have proper records, which according to her, would facilitate proper planning and classification.

“Let us come and inspect your establishment, let us grade you and then you continue to do what is expected of you by the law. If you have not done that, the Lagos State Ministry of Tourism, Arts and Culture will be after you. We have begun to close all these illegal establishment,” she said.

Speaking on efforts to change the aesthetics of the State with special focus on tourism, Akinsola said four projects were currently ongoing at the National Stadium, Ojuelegba, Falomo and Ikeja, while others were being planned to beautify under bridges across the State for relaxation activities, which would go a long way in driving miscreants who hitherto hibernate in such areas.

She also revealed that the state government had intensified efforts on tourism mapping of the State, while a Tourism University was being planned to train people who would man the infrastructures being put in place across the State.

She also revealed that work had reached 60 per cent completion on the restoration and remodeling of the Badagry Heritage Museum, while other projects in the axis have reached various completion stages.

Speaking on plans for the tourism sector, Akinsola said aside the plan to construct six theatres and museum, the Presidential Lodge in Marina, Onikan recently given to the state government by the Federal Government would be converted to Leadership Heritage Centre, while the Lagos House at Marina would be converted to Yoruba History Museum, as well as Welcome Centre and Multi-story Car Park.

“This axis will be connected to the National Museum, the new JK Randle Arcade Complex and the Freedom Park on Broad Street by a magnificent sky walk and when completed, these projects will transform the economy and boost tourism in the State,” Akinsola said.

Besides, Akinsola said in the last one year, the Film and Video Censors Board of the dtate government carried out enforcement in some parts of the State, including Ikorodu and Ijora where pirated and unclassified local and international movies and duplicating machines worth N10 million were destroyed.

She added that the Board arrested 12 suspects, out of which eight were prosecuted before the Agege Magistrate Court and sentenced to six months imprisonment without option of fine.