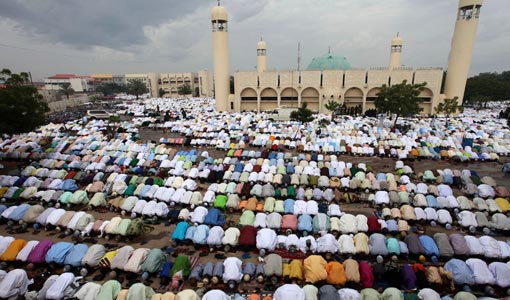 Mr Ola Azeez, the Chairman of Police Community Relations Committee, (PCRC), Plateau chapter, disclosed this when he led the group on a visit to the Commissioner Commissioner for Information, Malam Muhammad Nazif in Jos on Monday.

He said the group adopted the strategy to consolidate on the prevalent peace in the state, adding that the efforts had enhanced the cordial understanding among the different faiths in the state.

The chairman, therefore, solicited the state government’s support to ensure the success of the group’s effort.

The committee is responsible for setting up Neighborhood Watch in Jos metro.

Receiving the group, Nazif commended the group for the efforts initiating and actualizing ”The Neighbourhood watch.”

He noted that a good number of young men and women that had nothing to do have now engaged in the neighbourhood watch.

Nazif said that although there had been no salary for the group, the government had been contributing “very little’’ toward the sustenance of the group.

“Government has been observing the activities of the group and very soon, things will work out for the better”.

“The State Executive Council, during one of its meetings, has directed the Ministry of Local Government and Chieftaincy Affairs to liaise with local government chairmen to engage youths in neighbourhood watch and vigilante.

“The effort is aimed at ensuring that the state continues to enjoy the prevailing peace and harmony.

“It is the agenda of the state government that peace and security be sustained and we are collectively working to ensure that peace is sustained in Plateau,” he said.

The commissioner, however, warned that anybody that breached existing peace in the state would not be spared the rod by the state government.

According to him, the present administration in the state is proud to say that the prevailing peace in the state is one of its achievements and will not allow anyone to undermine it.

“Today, anybody can go to any part of Plateau and stay there as long as he or she wishes and returns to where he or she comes from without molestation.”