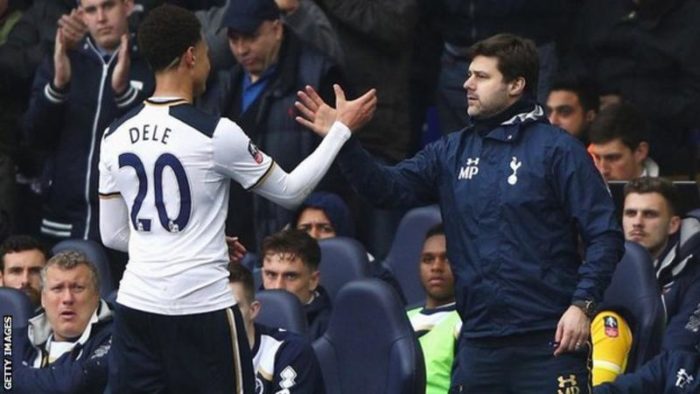 Tottenham will keep their best players this summer and only sell those who are no longer wanted by the club, says manager Mauricio Pochettino.

Spurs sit second in the Premier League, with a number of teams said to be interested in their top players.

But Pochettino says he has a close relationship with chairman Daniel Levy, who has assured him the club will not sell as they “don’t need the money”.

“The players that we want to keep, we will keep,” he said.

Defenders Kyle Walker and Danny Rose and midfielders Christian Eriksen and Dele Alli are among those to have recently been linked with moves away from White Hart Lane.

“I think because we are doing good things, the clubs with a lot of potential are focused on our players, on our talented players,” added the 45-year-old Argentine.

“But the good thing is we have the plan to try to improve and we will deliver it when we finish the season.

“For our fans, it is so clear that all the decisions we take are for the reason to try to improve the team, to try to be more competitive next season.”

Former Spain midfielder Xavi said this week that 21-year-old Alli is the kind of talent his previous manager at Barcelona, Pep Guardiola, would be keen to sign for Manchester City.

“I don’t know what Xavi said – is he working for Manchester City now? He wants to help Guardiola,” added former Espanyol boss Pochettino.