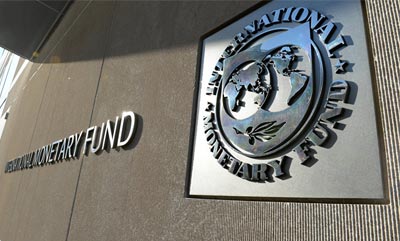 IMF said that only comprehensive reforms would address a fiscal crisis, media reports on Monday.

The southern African nation last year introduced bond notes which officially trade at par with the U.S. dollar and are backed by a 200 million dollars bond from the African Export and Import Bank.

The Director of the IMF’s Africa Department, Abebe Aemro Selassie, told reporters in Washington that limited foreign exchange inflows and a lack of monetary policy tools since Zimbabwe’s adoption of the US dollar in 2009 had worsened cash shortages.

“We think that going down this one (bond) note route, in and of itself, will not address the challenges that the country has,” Selassie said, according to a transcript of the media briefing.

“So, it’s very important to have a more comprehensive policy package which also addresses a lot of the fiscal challenges that the country faces, a lot of the structural reforms that have to be done.”

The central bank says it has so far printed 121 million dollars in bond notes, but a high demand for cash has meant that the surrogate currency is also in short supply.

Importers, including mining companies and manufacturers, say they are facing serious delays in paying for imports because banks have no dollars to make the payments.

“So, it’s, again, more of a holistic package of reforms that are required to get Zimbabwe out of the place it’s in right now,” Selassie said.