Ministry: We did not hire foreign PR consultants for N612 million 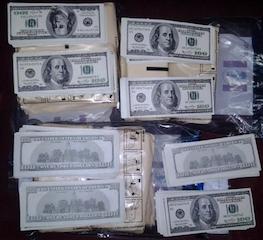 The Federal Ministry of Finance said that it had not hired any Public Relations firm for 2 million dollars (N612 million) per month.

The Director of Information, Ministry of Finance, Mr Salisu Dambatta, in a statement on Wednesday  said a PR consultant was hired by the Federal Government, as part of the Eurobond programme.

“The Public Relations firm, Africa Practice, has been retained by the Federal Government on the approval of the Federal Executive Council to work with the Debt Management Office as part of the Eurobond programme for a three-year period alongside four other firms.

“This followed a competitive tender that was advertised and due process was fully followed and  was publicly announced earlier this year.

“The representative of Africa Practice was in Washington DC in continuation of the Eurobond programme and in support of the country’s outreach with international investors who showed great enthusiasm to do business with Nigeria.

“However, the false reports have not dimmed the successful participation of the Nigerian delegation in the World Bank and IMF Spring meetings, nor questioned the obvious gains made by Nigeria in the course of the meetings,” he said. ‎‎

‎The Minister of Finance, Mrs Kemi Adeosun, was widely criticised for allegedly hiring an expensive British firm to do public relations for her at the monthly cost of ‎2 million dollars.


At the just concluded IMF/World Bank Spring meetings in Washington DC, the consultant was said to be constantly at her side, hindering Nigerian journalists’ access to the minister, except foreign press.‎