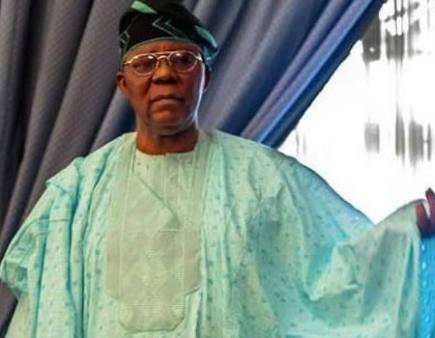 President Muhammadu Buhari has commiserated with the family of former Minister of Education, Prof. Babalola Borishade, who died on Wednesday.

President Buhari’s condolence message is contained in a statement issued by his Senior Special Assistant on Media and Publicity, Malam Garba Shehu, on Thursday in Abuja.

The President also condoled with the government and people of Ekiti State, professional colleagues, political associates and friends of the renowned academician and political strategist.

According to him, Borishade’s antecedents in the academia and public service would continue to speak for generations to come.

He noted that Borishade distinguished himself in patriotism by diligently serving as a minister in four ministries, and initiating laudable projects and regulating structures that had remained the reference points in all the institutions after many years.

President Buhari recalled the unwavering support of the septuagenarian to the policy team of the All Progressives Congress (APC) and his contributions in ensuring victory at the polls for the party in 2015.

He prayed that God will grant the soul of the departed former minister eternal rest and comfort his loved ones.

He served as a minister in the ministries of Education, Power and Steel, Aviation as well as Culture and Tourism.