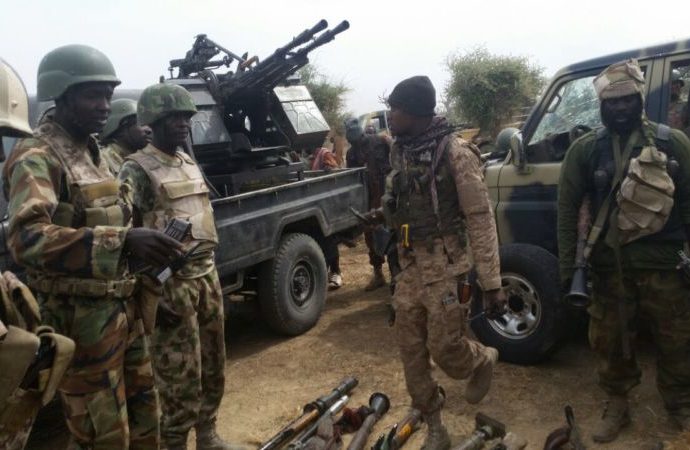 A suicide car bomber has attacked a military convoy in northeast Nigeria, killing five soldiers and injuring another 40, security forces have said.

Two military officers disclosed on Friday that the attacker, believed to be loyal to factional Boko Haram leader Abu Mus’ab Al-Barnawi, targeted the convoy, which was conducting “clearance operations” between Yobe and Borno states.

“At about 10:00 GMT on Thursday, a suicide bomber believed to be a Boko Haram terrorist riding in a van loaded with explosives rammed into a military convoy at Manguzum village,” one said.

“We lost five soldiers in the incident and more than 40 sustained various degrees of injuries,” added the officer, who asked to remain anonymous because he was not authorised to speak about the incident.

In a separate development, at least 15 gunmen believed to be Boko Haram fighters were shot dead during a battle with soldiers.

Kingsley Samuel, Nigeria’s military spokesman, said that the fighting occurred in the Sambisa forest in the country’s north.

There has been a spate of deadly attacks on military targets in recent months, as troops fight to end the eight-year insurgency, which has killed thousands of civilians.

A multinational force of troops from Nigeria and its neighbours last year drove Boko Haram out of towns and villages in northeast Nigeria, but isolated attacks and suicide bombings continue.

In December, President Muhammadu Buhari said the capture of a key camp marked the “final crushing” of Boko Haram in its last enclave in Sambisa Forest, once the group’s stronghold.

But since then, the group, which split into two factions last year, has stepped up its attacks.

One Boko Haram faction is led by Abubakar Shekau from the Sambisa Forest. Abu Mus’ab Al-Barnawi leads the other faction, based in the Lake Chad region, which has pledged allegiance to the Islamic State of Iraq and the Levant (ISIL, also known as ISIS) group.

At least 20,000 people have been killed in the Boko Haram conflict since it began in 2009 and more than 2.6 million others made homeless.