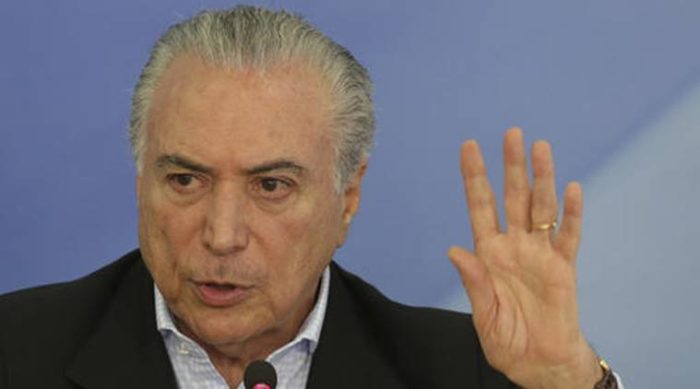 Many workers were expected to heed the strike call, due in part to anger about reforms that will force many Brazilians to work for years longer before drawing a pension.

The strike will also extend a holiday weekend ahead of Labour Day on Monday.

If successful, the protest would mark Brazil’s first general strike in more than two decades.

In Brasilia, the capital, authorities boarded up windows of government buildings on Thursday amid fears that protests could result in violent clashes between demonstrators and police.

Demonstrations were scheduled in other major cities across the Latin American nation of more than 200 million people.

“It is going to be the biggest strike in the history of Brazil,” said Paulo da Silva, the president of trade union group Forca Sindical.

Violent protests have occurred repeatedly during the past four years amid political turmoil, Brazil’s worst recession on record, and unprecedented corruption investigations that revealed stunning levels of systematic graft among politicians.

Nearly a third of Temer’s cabinet and key congressional allies came under investigation in the scandal this month, worsening his dismal approval ratings since taking office in 2016 after the impeachment of ex-President Dilma Rousseff.

Rousseff’s Workers Party grew out of the labour movement, and her allies have called her removal for breaking budget rules an illegitimate “coup,” contributing to political polarisation in Brazil and hardline union resistance to Temer’s agenda.

“Temer does not even want to negotiate, he just wants to meet the demands of the businessmen who financed the ‘coup’ precisely to end social security and legalise the exploitation of workers,” Freitas said in a statement.

A spokesman for Temer rejected the union criticism, saying the government was working to undo the economic damage wrought under the previous Workers Party government, which had the backing of the CUT.

“The inheritance of that was 13 million unemployed.

The government is carrying out reforms to change this situation, to create jobs and economic growth,” said spokesman Marcio de Freitas.