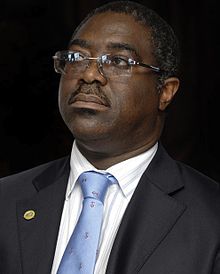 Fowler disclosed this at the closing ceremony of a three-day training on taxation for journalists in Lagos.
He said that the service collected N3.30 trillion in taxes in 2016, a drop from the N3.74 trillion it collected in 2015.

The FIRS boss, represented by Mrs Nneka ifekwuna, the Deputy Director of Communications and Servicom, said the service was convinced that 2017 would be a better year in terms of tax collection .

Fowler said that apart from the use of technology, the agency was also using persuasion and enforcement as well as partnership with the press to boost tax revenue.

He said that other efforts included ongoing nationwide registration of new taxpayers to expand the tax net in the country.

“The result is the registration of 814, 000 additional taxpayers by December 2016 by FIRS and 3.4 million taxpayers by State Internal Revenue Services (SIRSs).

On the ease of tax payment, Fowler said taxpayers filing their tax returns at the FIRS offices nearest to them had increased the compliance level.

He said that FIRS had embarked on some other initiatives to promote voluntary compliance.

The executive chairman said these included shielding taxpayers from the burden of carrying forward tax liabilities that rose from penalty and interest.

He said that collaboration with the Office of Accountant General of the Federation had forced all the ministries, departments and agencies to be remitting Withholding Tax (WHT), Value Added Tax (VAT) and others.

The FIRS boss said the organisation was being guided by its core values which included professionalism, integrity, efficiency, ownership and collective responsibility.

Fowler said that the FIRS had introduced waiver of interest and penalties to realise its mandate of generating revenues for sustainable development.