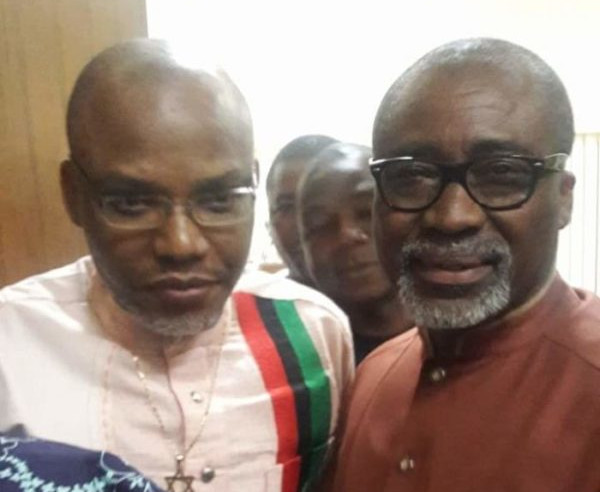 The leader of the Indigenous People of Biafra (IPOB) Nnamdi Kanu on Friday, regained his freedom as he was released from Kuje Prison after perfecting his bail conditions.

Kanu was brought from Kuje prison to the Federal High Court Abuja to sign the necessary bail papers.

‎The process which took about 10 minutes saw Kanu emerging with smiles from the court in company of his sureties and relatives.

Nyako, in her ruling said that one of the sureties must be a senior highly placed person of Igbo extraction, such as a senator.

Nyako ruled that each of the sureties are to deposit N100 million each.

In addition to the above bail conditions, Kanu was barred from attending any rally or granting any form of interview.

Kanu who is standing trial on allegations of treasonable felony along with three others has been in detention for about two years.