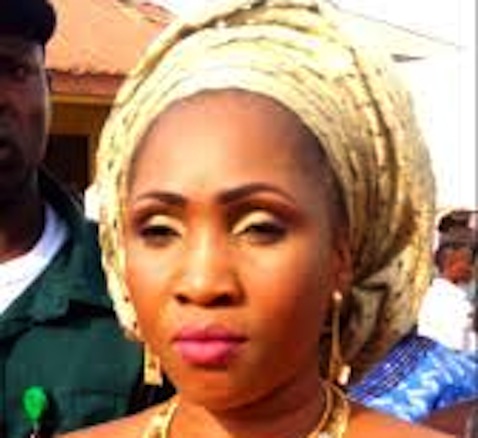 The Lagos State Government on Thursday said it rescued 237 abandoned babies from the streets of Lagos in the last one year.

Commissioner for Youth and Social Development, Mrs. Uzamat Akinbile-Yussuf disclosed this on Thursday at a ministerial press conference in Alausa, Lagos, Southwest Nigeria.

According to Akinbile-Yussuf, adequate care and protection were provided for vulnerable children, abandoned, homeless, abused or other children whose rights and privileges as stipulated by the Child’s Rights Law (2007) had been trampled upon.

“Two hundred and thirty-seven abandoned children and babies were rescued during the period under review. This comprises of 106 male and 131 female. This figure is higher than the corresponding figure of 149 children that were rescued in 2015 while between January 2017 till 53 children have been rescued,” she said.

The commissioner added that the government also carried out child audit on the registered orphanages in order to conduct a case review of the children in the homes with a view to decongesting the homes and discouraging institutionalization.

She further disclosed that 54,579 HIV/AIDs patients were counseled along with their relatives, while a total of 3,291 indigent patients and 282 destitute patients were assisted to obtain necessary medical services amounting to N15. 9 million.

On adoption and fostering, Akinbile-Yussuf said during the period under review, a total of 1,237 applications were received, out of which 1,145 were for local adoption, 60 for international adoption, 30 for relative adoption and two for fostering.

She added that 99 children were released for bonding, out of which 80 were for local adoption and 19 for International adoption.

Akinbile-Yussuf disclosed that the adoption and fostering unit of the ministry also met with inter-country adoption stakeholders such as Spanish Consular General, Future and Child Agency in the Netherlands and Officials from Office of Children Issues, US Department of State to improve and foster better relationship.

“Officials from the Ministry comprising of three teams embarked on international monitoring to Italy, Switzerland, Spain, Denmark, Belgium, Netherlands and France in 2016. The trip afforded the team the opportunity to monitor and ascertain the progress of physically, medically and mentally challenged children adopted by non-Nigerians,” she said.

She also disclosed that plans were afoot to construct three ultra-modern care centres for old and elderly citizens in the State as a way of providing an interactive platform for the aged residents as well as increase socialization among them, especially those who were often left to care for themselves by their family members.

Akinbile-Yussuf stated that the initiative was modelled after the practices of more developed countries where government assists in the provision of quality care services to the elderly in the society in order to improve their living condition and wellbeing.

According to her, “The location of the ultramodern Elderly Care Centres has been planned for three Senatorial Districts of the State, while its architectural design for the prototype had already been completed.

Akinbile-Yussuf also said that the upsurge in the unemployment rate among the youths in the State was seriously being addressed, adding that within the period under review, a total of 16, 645 youths were trained in various vocations ranging from shoe making, make-up/makeover and gele tying, hairdressing, photography, skin care products, computer training, tailoring, scaffolding, mobile crane operations, sales and installation of DSTV, manufacturing safety and refill/servicing of fire extinguishers.