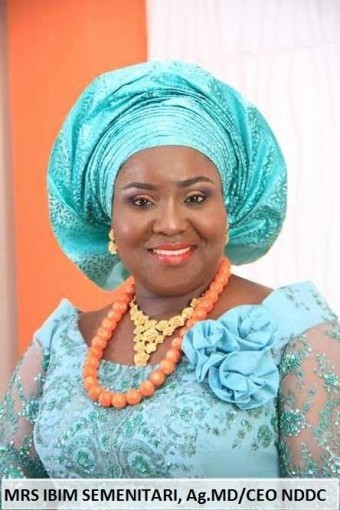 Ekere,  in a statement issued in Port Harcourt  by the commission’s Head of  Corporate Affairs, Mr Chijioke Amu-Nnadi, also said he would lead a delegation to the forthcoming Oil Technology Conference in Houston, United States, to explore  opportunities for development of modular refineries.

He said that the conference slated to hold from May 1 to May 4  would be attended by leading professionals and players in the global oil and gas industry.

According to him,  the focus of the  conference is to exchange knowledge in drilling, exploration, production, environmental protection, innovation and technology.

“NDDC is attending the conference as it prepares to implement the Federal Government’s proposal to replace thousands of illegal refining facilities scattered across the region with modular refineries.

“The conference would fully prepare the region for a new era of downstream operations with small and new players  in-line with plans to convert illegal refineries into modular ones.

“We have scheduled meetings and engagements that will enrich our knowledge and open up new partnership opportunities for the benefit of the Niger Delta,” he said.

Ekere said the  NDDC would also use the conference to showcase young innovators from the region who recorded successes under its Young Innovators Scheme.

He expressed optimism that the strategy would attract new businesses, boost employment, strengthen indigenous capacity and stimulate economic activities in the region.

The News Agency of Nigeria (NAN) recalls the Federal Government recently announced plans to replace illegal refineries with modular refineries to end decades of oil theft in the Niger Delta.

The plan is  part of   a wider arrangement to fast track the development of the region and expand the nation’s oil and gas industry.