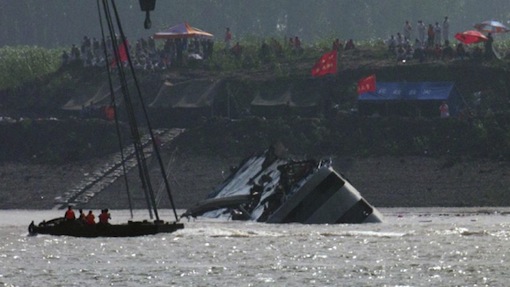 Fourteen people, comprising women and children, from one family died after a boat capsized in a deep pond in Southern India, local police said on Saturday.

The accident occurred in a village in the Guntakal region of Andhra Pradesh state on Friday evening when the group was taking a joyride on a fishing boat.

Local police inspector Gurunath Babu said that the boat possibly capsized due to overcrowding, but the exact cause of the accident was still being investigated.

“The victims include six women, plus eight children all under the age of 15.

“Two men were able to swim to safety while one child was rescued by locals,” Babu said.

The people who had hired the boat belonged to an extended family that had come to attend a religious ceremony at a local temple.

Every year, scores of people drown in boat tragedies across India, which are mostly blamed on overcrowding, poor maintenance of vessels and lax safety rules.

In January, 25 people died when a boat sank in the Ganges river in the eastern state of Bihar.