Joshua knocks out Klitschko in 11th Round 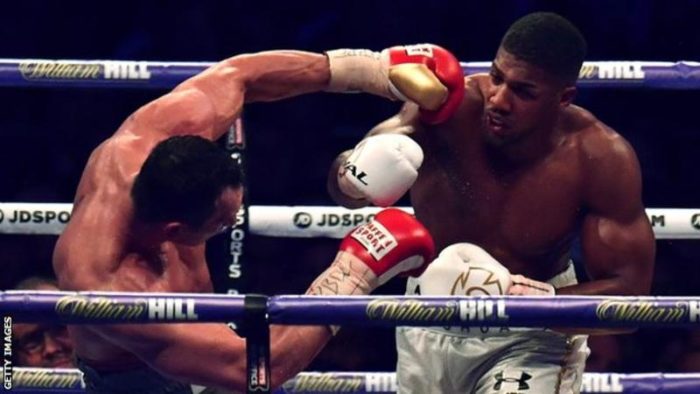 With this victory, Joshua became the unified heavyweight world champion by adding the WBA belt to his IBF title with the  11th-round stoppage of Klitschko in a thrilling fight.

The 27-year-old was knocked down in round six but twice had Klitschko on the canvas in the penultimate round before the referee stepped in.

England’s Joshua remains undefeated as a professional, with 19 victories.

The bout drew a record post-war British boxing crowd of 90,000 at Wembley. 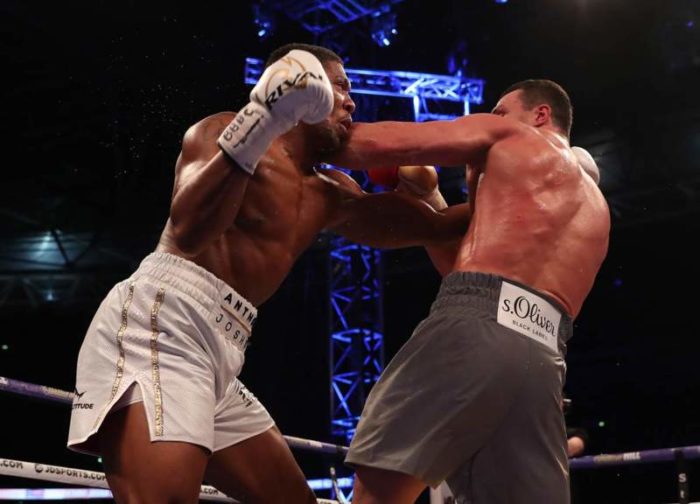 The Briton landed a brutal uppercut which gave him the platform to send Klitschko down with an immediate flurry.

‘Dr Steelhammer’ stood, was dropped by a left hook again moments later, and then stood again, only for referee David Fields to save the challenger when pinned against the ropes.

Joshua threw his arms into the air as roars rolled down the Wembley tiers. He had come through his stiffest test to date, while Klitschko had answered questions of his own, showing he remains competitive at world level, even at 41.

He will rue not finishing the job when he floored Joshua and appeared tantalisingly close to reclaiming two of the titles he lost in his last fight against Tyson Fury in 2015.

“As boxing states, you leave your ego at the door and you respect your opponent. So a massive shout-out to Wladimir Klitschko.”