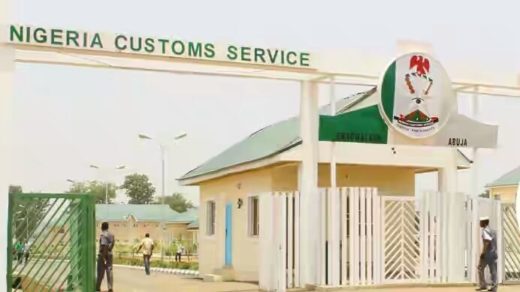 The Kano/Jigawa Area Command of Nigerian Customs Services (NCS) has impounded a trailer carrying 377 bags of imported rice concealed among some local goods.

The command’s Comptroller, Mr Abutu Onaja, disclosed this while briefing newsmen in Kano on Friday.

He said the vehicle was intercepted near Dutse in Jigawa on Thursday, April 27.

“The people put the foreign rice under the local goods to give the impression that all the items are local goods,” Onaja said.

He said the seized foreign rice had N4.1 million total duty value, while the value of the other local items were yet to be ascertained.

Onaja said his men were not able to make any arrest as the suspects abandoned the vehicle on sighting customs officers.

According to him, the area command donated 4, 220 bags of seized rice to Internally Displaced Persons (IPDs) in 2016.

“Our warehouse is currently filled up with rice and other items seized by the Command because we have no fewer than 6, 143 bags of rice in the warehouse at the moment”.

He said the command would continue to discharge its responsibilities with a view to checking smuggling.

He, however, advised those who engaged in smuggling to desist from the illegal act or be prepared to face the wrath of the law.