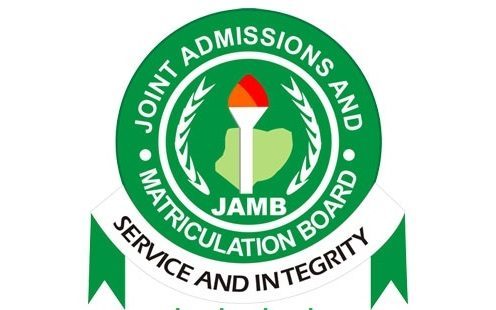 Yusuf disclosed on telephone that information received on the trial examination from various centres was encouraging.

A total of 633 centres would be used for the UTME scheduled to begin May 13.

A correspondent who monitored the mock examination in some centres in Lagos, reports that it was a hitch-free exercise.

Investigations showed that candidates were at the respective centres as early as 7.00am and went through the biometric verification exercise before they entered the hall.

The mock examination scheduled for April 8 was postponed by the board to April 29 due to what it described as hitches on the part of their technical partners.

Yusuf said: “As far as this exercise is concerned, I will say so far so good. The exercise is a step in the right direction.

“You know, we are in technology age and we are doing everything possible not to be left behind.

“We ensured we contacted all those who are supposed to write this examination through all available means at our disposal,” he said.

The Director said candidates who did not receive their notifications for the examination, had issues with their email addresses or phone numbers.

“However, the major purpose for the exercise is to ascertain the readiness of the centres as well as the preparedness of the candidates.

”The feedback we will receive from this exercise will then assist us in fine tuning grey areas before the main examination and of course future ones,” Yusuf said.

He assured that before the commencement of the main UTME, there would be aggressive sensitisation regarding details of the exercise.

“Before the 13 of May, which is the day the UTME will commence nationwide, we will reach out to every candidate to commence printing of their slips.

.”We will deploy every means to reach them all because it is through that slip that they will be informed of their examination details, such as centre, examination number, seat number and even the session,“ he said.

According to him, the notification will not be less than 10 days to the examination to print their slips and this is an improvement in the process over last year`s exercise.

“With our expectations during this mock and the feedback that we get, we are sure looking forward to a seamless exercise,” Yusuf said.

A Centre Administrator, WAEC International Office, Ikeja, Mrs Oyedoyin Oladipo, said the centre was good to go for the examination.

According to her, all the requirements needed to ensure a hitch free examination were fully in place.

“We met all the standards set by JAMB for this examination and we are ready any time.

.”We have 300 systems with their backups fully intact. The inverters and the generators are at their best.

“From our end, we are super ready as everything was in good shape even before now,” she said.

Oladipo, however, called on JAMB to tackle issues raised during the mock exercise nationwide as there were no scientific or technological inventions without hitches, especially where it was being deployed for the first time.

“I want to believe why the mock was out in place in the first instance is to determine any technical hitch that may crop up during the main examination.

“We have just finished with the first batch of candidates, now we are checking in the second batch and everything has been going on well.

“However, having said this, I also want to enjoin these candidates to step up efforts in sharpening their ICT skills in terms of use of the computer.

The Administrator also said “I find it difficult to believe that some of them could not even launch their browsers and this should not be so.

.”They need to know all these things, not just for the purpose of the examination but also in their personal interest,” Oladapo said.

No fewer than 150,000 candidates registered for the mock examination nationwide.