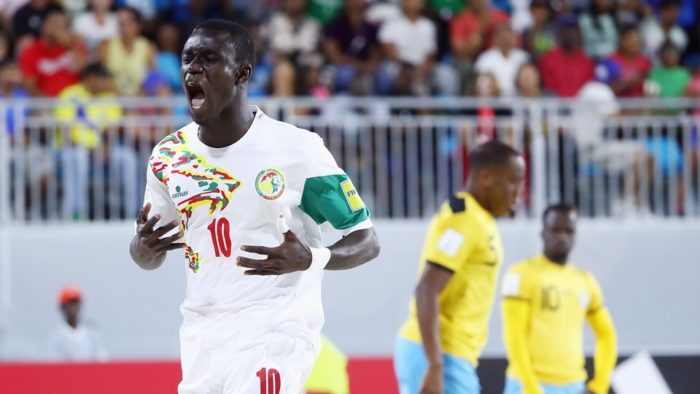 Senegal underlined they are a team to watch out for at the FIFA Beach Soccer World Cup after an emphatic 10-1 victory over hosts Bahamas in their second Group A match.

Building on their nine-goal win over Ecuador, the African champions raced out to a five-goal lead in the first period on Saturday and never looked back.

At the same time, the Bahamas struggled to contain Senegal’s attack.

Ibrahima Balde struck a hat-trick before Papa Ndoye and Hamad Diouf each scored a brace to book Senegal’s place in the quarter-finals alongside Switzerland.

Though Gavin Christie scored a penalty kick, the Bahamas’ dreams of advancing to the knockout stages ended with this defeat.