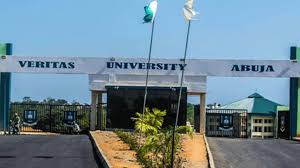 The National Confraternity of Christian Mothers (NCCM), says it is will build a N600 million female hostel at the Catholic-owned Veritas University, Abuja.

The confraternity, a Catholic Women’s organisation, announced the plan during the investiture of Patron and Patroness first National Merit Award on Sunday in Benin.

At the event, which doubled as the launch of the hostel project, the President of the NCCM, Mrs Marcella Cole, described the project as ordained by God.

She called for support from well-meaning Nigerians to make the project a reality.

Cole expressed optimism that the project would be realised with the right support and trust.

“The bishop of Nigeria has asked us to build a female hostel at the Veritas University.

“As we launch the project today, which will be an ongoing event until our target is realised, we plead with you all for support and contributions towards the take-off of the project.

“It is truly a huge and gigantic project and we know that as we trust in God, He will build the house as He has already ordained,’’ Cole said.

She congratulated the over 100 awardees and urged them to continue to give more to the society.

On her part, the President of the Benin Archdiocesan, Dr Stella Usifoh, said the NCCM was “once again blazing the trail and we are moving on to the glory of God.’’

She said that evangelism is ongoing to expand and bring more women into the association.

“Our women are participating actively in their parishes and in all archdiocesan activities across the country,’’ Usifoh said.