Aboru: Remembered After Decades of Neglect 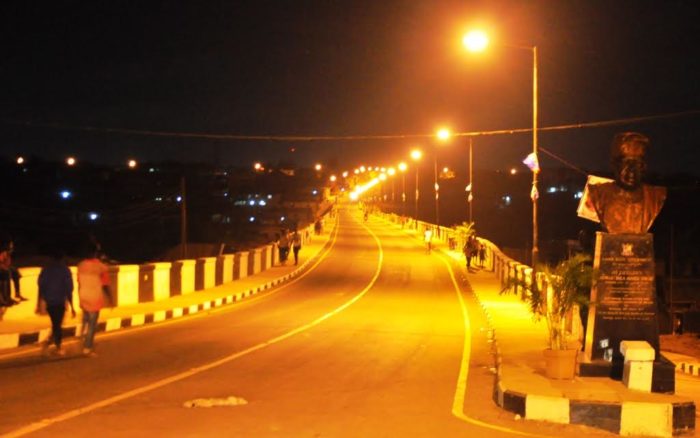 Aboru was a locked-up community. On its west, there were patches of shelters that denied its teaming population access to Abesan Federal Estate in Ipaja-Ayobo Local Council Development Area. Southwards, there was a massive canal laced with vast swamp on both sides, thus constituting huge barrier for its residents to access Meiran through Agbelekale with ease.

Given its topography, the northern wing of Aboru could have offered its residents viable access to Iyana-Ipaja. But the road was in deplorable condition. As a result, it became a huge snare of gridlocks, which most residents said often compelled them to walk rather than board public buses. So, residents faced dilemma by the day whether to go out via the east or the west.

With an estimated population of 150,833, Aboru’s residents were left with an option of accessing their homes and residences through a road on the east, even though sorely constricted and disturbingly deplorable. Yet, its residents – adult and youths – lived their normal lives quietly in agony, but perhaps in hope that a government would one day remember them.

So, for its dwellers, living in Aboru was truly a nightmare. For those residing in Agbelekale too, the condition of living was not different either. The duo of Aboru and Agbelekale are immediate neighbours, but 400-metre long canal, which empties into the lagoon towards Badagry, separated the two communities despite geographical proximity and socio-cultural commonalities.

Aside that the two communities were totally blocked, they never had any primary healthcare centre. Both children and women in the two communities had to go to either Mosan-Okunola or Abule Egba to access public health centres. Aboru alone has 11,542 women of child-bearing age and 25,166 children under five years old, according to the government statistics.

Since its existence, Chairman of Mosan Okunola Community Development Association, Mr. Gbenga Adanri said the story “has been a story of forsaken town. We have no road. We have no primary healthcare centre. Our pregnant women had to cross to the other side before they could deliver. And we would resort to prayers that nothing untoward would happen to them.”

For good, however, the narrative of Aboru’s people has changed. Their narrative started changing in March 2016 when the state governor, Mr. Akinwunmi Ambode visited the neighborhood. Ambode’s visit was simply a quest to find lasting panacea to the gnawing challenge of traffic congestion that his administration faced when he took up the mantle of power in May 2015.

Then, the entire stretch of Lagos-Abeokuta expressway had become infamous for its intractable gridlocks. In particular, Iyana-Ipaja, a major nodal point for commuters going towards Alimosho Local Government Area, had earned notoriety for the intractable gridlock. By implication, the congestion triggered diverse cases of traffic robbery, which Ambode described as “unacceptable.”

Consequently, the governor sought technical advice. Among others, the experts recommended that a portion of Lagos-Abeokuta expressway be opened up about 500 metres after Dopemu. It was proposed to allow commuters going to Abesan, Ajasa-Command, Aiyetoro, Ayobo Baruwa, Ikola and Ipaja easy access to their homes without going through Iyana-Ipaja, especially for those who are coming from Ikeja, Mushin and Oshodi among others.

Also, the experts recommended the need to construct access roads that would link Aboru with Iyana-Ipaja northwards, Agbelekale southwards, Abesan eastwards and Pleasure on the south-east wing. This proposal prompted the governor to visit Aboru personally in March 2016, which according to him, marked the beginning of an end to Aboru’s age-long nightmare.

Beyond the proposal, however, Ambode’s visit to Aboru exposed him to the plight of the people. That was why he said his heart bled when he saw firsthand what the people of Aboru and Agbelekale were going through. That condition, Ambode said, compelled him to award contracts to construct a bridge that would link Aboru up with Agbelekale and other communities.

Aside, Ambode said what the people went through everyday shaped his decision “to award at least six other road projects.” Under 12 months, he said the projects “have already been completed.” The completion of all the projects ended the years of outright neglect, which the governor said, the people of Aboru had suffered in the last four decades.

The projects are indeed significant, said the governor. According to him, that was why the projects were inaugurated on the day the state’s former governor, Asiwaju Bola Ahmed Tinubu turned 65. That was why all community leaders came out in large numbers to mark their inauguration. That was how children and women trooped out to celebrate the end of their nightmare and plight.

For Ambode, first, patronising indigenous companies is central to rescuing Nigeria from economic crisis like Asian countries did when their economies ran into trouble in the ’90s. Second, he said, patronising indigenous firms would help develop their expertise to enable them compete effectively globally. Third, by patronising them, according to him, our young graduates would be hired and their skills developed rather than engaging labour from Asian countries.

But the construction firm did not disappoint the state government. It completed the projects under 12 months. As indicated in a document obtained from the state government, the bridge that connects Aboru with Agbelekale sits on deck and piles. So, according to the document, it is a deck-on-pile bridge. It is 485-kilometre long and its width is eight metres.

The document showed that the bridge came with some roads. Apart from the link bridge, other road projects executed together include Church-Giwa, Aboru-Abesan, Giwa-Fagbemi, Oguntayo-Salami, Kazeem-Ogundare and Aboru-Agbelekale roads, all totalling 5.5 kilometres. The roads came with standard drainages, walkways and streetlights among others.

What could have been executed between three and four years, according to the Commissioner for Waterfront Infrastructure Development, Mr. Adebowale Akinsanya, only took Strabic less than 12 months, even though the projects were executed on highly difficult geographical terrain. He said the bridge was newly initiated and constructed on huge swamps.

A statement from Strabic showed that the bridge “was never in existence. It was the governor that discovered the place and decided to construct the bridge to ease traffic on Lagos-Abeokuta road. Before now, the situation was terrible. It was indeed difficult connecting all these communities. Commuters have to go through Iyana-Ipaja before they could access their communities.”

It, thus, highlighted the benefits of the bridge and six other road projects. According to the statement, the projects will impact greatly on the two communities. With the bridge and other road networks, it said travel time had reduced significantly. Aside from the benefits the projects offer, the contractor explained diverse difficulties encountered while executing them.

First, it cited difficult geographical terrain, which it said, posed huge challenge and really undermined the time of project completion. It said the terrain “is difficult because it is very swampy.” Second, the firm cited another challenge naturally caused by rain while executing the projects. Despite these, it said the bridge was constructed between eight and nine months.

Already, the era of sad experience has gone, Chairman of Ifelodun Community Development Association, Mr. Joseph Oba said. Before a new dawn, Oba said the swamps between Aboru and Agbelekale often created intractable traffic challenges. Aside, Oba added that other road networks in both communities were completely impassable.

For decades, Oba said the residents “have been living in awful conditions.” Even when the governor visited the communities, the CDA chairman said the conditions of the two communities and their residents were appalling. He said it was as though Aboru “was totally abandoned before Ambode came on board. Aboru has suffered so much before this life-time intervention.

Adanri, chairman of Mosan Okunola CDA, said the people never believed the state government would make good its promise. For many, he said, they thought it was one of those official visits that would not yield any result. However, according to him, the community leaders kept correcting the wrong impression that the residents initially had and we all supported the projects.

He acknowledged that the projects came with some pains. As he put it, fences were demolished. In some cases, some houses were partly affected. In other cases, those trading along the roads were displaced. Even during the project execution, he said it was really difficult “accessing either day time or in the night. Despite these pains, we all supported the projects.”

Before now, he said the communities had no primary healthcare centre. He said the CDA leaders brought it “to the notice of the Managing Director of Strabic Construction Limited, Mr. Lekan Adebiyi. He agreed to build a Comprehensive Primary Healthcare Centre. The governor inaugurated the health centre alongside the bridge and six other road projects.”

Aside, the CDA leader said the communities now “have a well-equipped health centre. Our children and pregnant women have no need to go to Abule-Egba or Mosan Okunola before we can access public healthcare centre. What else do we want? God has truly remembered us. We no longer live in lock-up communities, even though the memories of our ugly past still linger.”