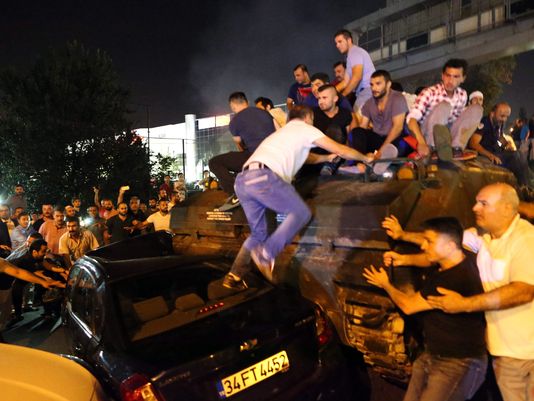 Dozens were detained by police in Istanbul on Monday after clashes broke out between demonstrators and authorities during May Day protests in the Turkish metropolis, a report said.

It said that police deployed tear gas in the Mecediyekoy district of the city after clashes with protesters who were trying to reach Taksim Square, which was the centre of widespread anti-government protests in 2013.

About 70 people were separately detained in the city’s Besiktas district.

May Day demonstrations at Taksim Square have been banned in recent years, although unions with ties to the government were allowed to appear there to make short position statements.

The Anadolu news agency reported that more than 30,000 members of the security forces were guarding the square.

Thousands of union members in opposition to the government of President Recep Tayyip Erdogan, along with other protesters – gathered in the district of Bakirkoy, where a protest had been approved by officials.

Ever since an attempted coup in July, thousands of people have been detained in Turkey or removed from their jobs on allegations of working to destabilise the government.